As this is a wedding blog most of these will sound very cliché!  2015 very nicely kick started last January with me getting engaged, and the rest is history!  I’m a little slow off the mark with this post but I had so many highlights last year it was hard to condense them all.  I genuinely feel truly blessed and thoroughly enjoyed 2015, so wanted to share some of my best bits and some of the stages of planning my wedding.

January – getting engaged in Paris

Where it all began!  I travelled to Paris on the Eurostar one miserable Friday in January to see my now fiancé who was working out there for a few weeks.  Little did I know he had planned an extravagant proposal at Le Jules Verne restaurant half way up the Eiffel Tower.  It was a very cheesy, but romantic, proposal!  We had an amazing window seat with views over the whole of Paris.  -I did wonder how he managed to secure such an amazing table; but he told me afterwards he’d already been to the restaurant earlier in the week to plan it, with a colleague from his Paris office to translate.  Around our 6th course the waiter brought out a silver platter and lifted it to reveal a ring box – it was like a film!  In what seemed like 5 mins we spent the next 5 hours facetiming family and friends and sharing our news.  The next day we did a bit of sightseeing and left our impression on the famous padlock bridge near Notre-Dame.  (My fiancé told me to bring padlocks from London so I ordered some cheap ones on Amazon… if I’d known he was going to propose I would have bought much better ones!) 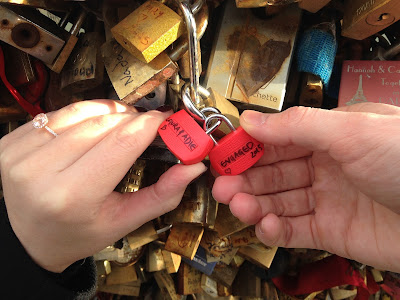 After some careful research, a few excel budget sheets and some fun jaunts around London we secured our venues in London by the end of February – my fiancé was still working out in Paris for a few weeks after we got engaged, so I had ample time to start planning and got a little carried away!

January and February were a bit of a whirlwind so we booked to go back to Glasgow for Easter for some engagement celebrations with family.  This included a surprise family do, and a fancy engagement lunch at Cromlix House (Andy Murray’s hotel, where he would be married a week later).  We were also gifted a luxury afternoon tea at the Eccleston Square Hotel, a cute boutique hotel in Belgravia, which we promptly booked as soon as we got back to London! 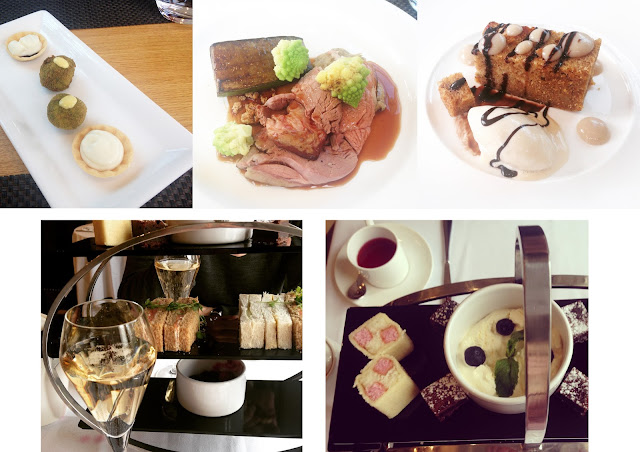 With the ceremony and venue ticked off, I started planning all the rest, which was much more fun now the pressure was off for the big things.  I visited my florist a few times in April as we had booked our wedding for April 2016, so I wanted to scope out what would be in season at the same time of year to save money and plan colours accordingly.

May – getting my dress

I wanted a dress to suit my style of venue and type of wedding, but I hadn’t the first clue about trying on wedding dresses.  My sister and I went to David’s Bridal at Westfield as it seemed like the least intimidating and most accessible bridal shop as a starting point.  Ones I thought I would never like in a million years turned out to be very flattering, and I ended up falling in love with a short Vera Wang number.  I nearly paid a deposit there and then, had my sister not tempted me into a prosecco to think about it.  The next day I fell in love with a dress online and managed to source it back to a studio in East London!  I found the dress I had my eye on in a private sample sale at the designer’s studio 2 weeks later.  It was definitely meant to be!

This was a challenge but a great kick start for the next 10 months.  Read my post on it here.

I had so much wedding nonsense floating around in my head I felt like I needed an outlet for it… I had scrolled through hundreds of wedding blogs and thought I could do a much better job than some I had stumbled on, so I started building the website and found it a welcome distraction from planning my own wedding!

August – Romeo and Juliet at the Chiswick outdoor theatre

This was some much needed girl time when there was still a lingering heat wave in London.  I hadn’t watched the film in years and I also got to catch up with a good friend about her upcoming wedding in Scotland in November (stay tuned for a post on that one too).  We had a very dreamy evening enjoying the show with prosecco and a picnic for four. 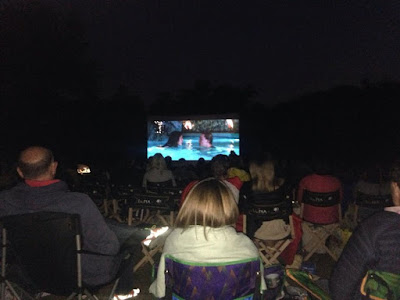 September – my hen do in Mykonos

This has to be my highlight of the whole year aside from actually getting engaged!  I was so touched that so many of my friends could make it and we had an absolute blast in a private villa overlooking Megali Ammos beach and Mykonos town.  Never again will I get to spend such quality time with all of the girls I love the most together.  My sister did such a good job with lots of little surprises along the way – I’ve been meaning to do a post about it for ages but just haven’t got round to it!  Stay tuned for that one too!

My fiancé’s stag do followed soon after my hen, we planned them far apart from the wedding so we would have maximum time and money to spend.  Whilst he was away I had some much needed quality time with my maid of honour, and it just so happened to be Halloween that weekend…! 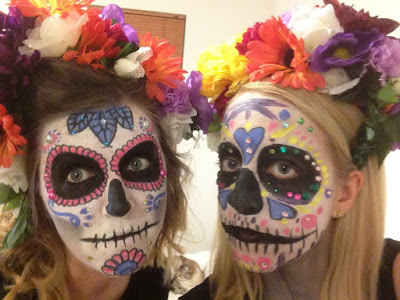 November – designing and preparing our invitations

This was a fun part but took a lot longer than I anticipated as we were trying to do as much as we could by ourselves.  I put lots of ideas and script down on paper and then my amazing brother in law spent weeks pulling it all together on Photoshop for us.  It was totally worth it when we saw the end result though and we had something totally unique to us.

December – overnight escape to the country in Scotland

To top off the year, we spend a night at Cornhill House Hotel in Scotland with family and it was so nice to have a time out from Christmas to relax in front of an open fire and reflect on the year, and anticipate the year ahead. 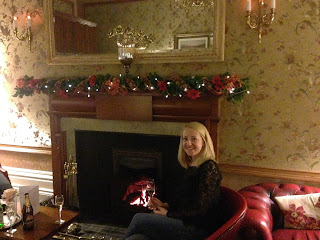 My fiancé has two best men, so we set out after Christmas kilt shopping while everyone was back in Scotland for the holidays.  Having never been kilt shopping before, it was quite an experience and has definitely given me some food for thought for my blog!  Seeing the boys in their kilts got us all quite excited about the wedding… not least because the kilt shopping part had come to an end!

We then spent a great new year with our best men and some other great friends in the West End of Glasgow doing a pub crawl down Byres Road and down to Finnieston.  One of the best men had just got engaged the week before, so there was lots of wedding chat and it was the perfect end to the year.