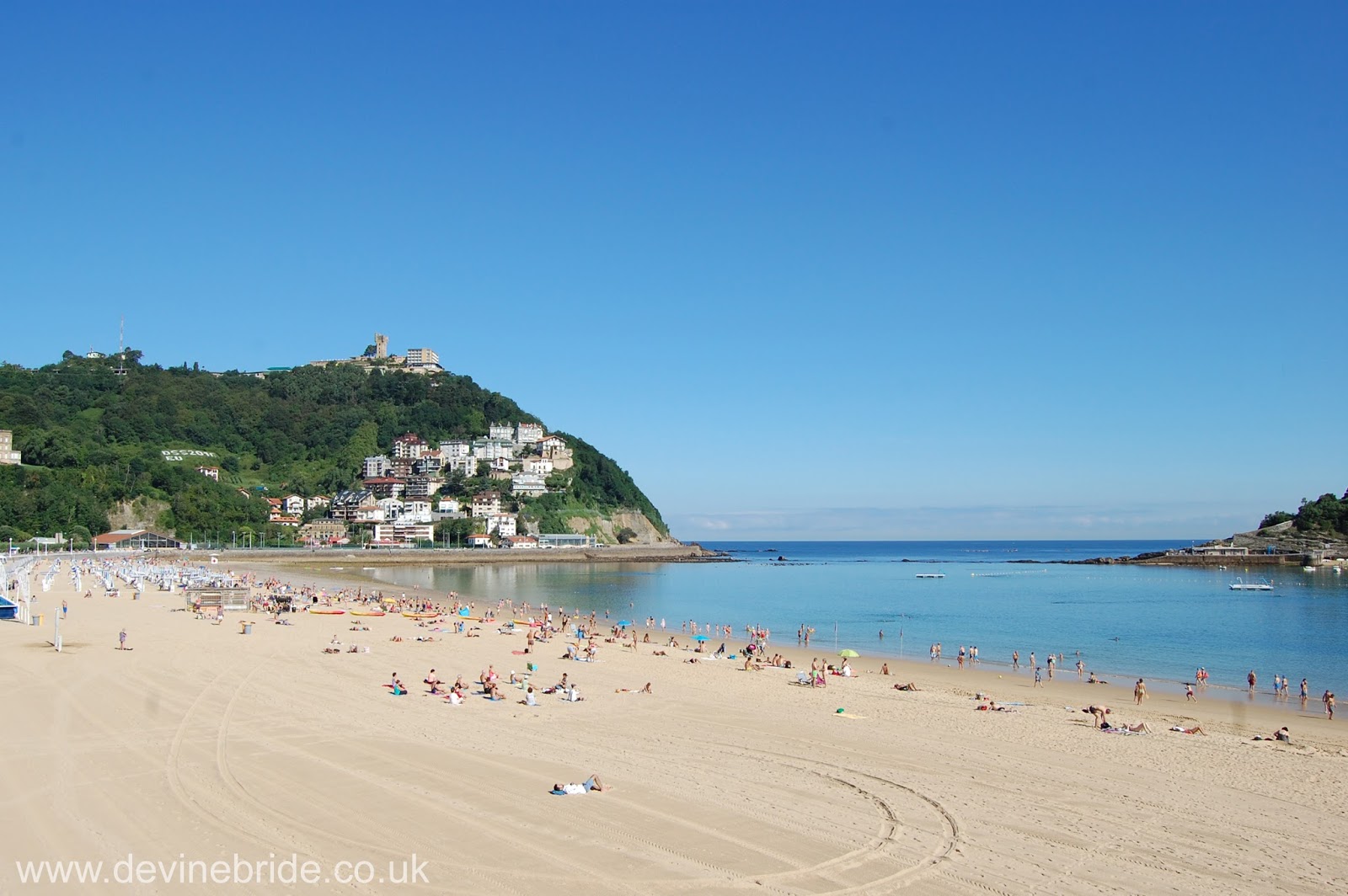 Until recently I had never even heard of San Sebastian.  I pictured somewhere in California or South America (like San Jose or Santiago), and I was almost fooled still by googling pictures.  However, it is a tiny hidden treasure on the north-west coast of Spain in the Basque country, nestled in between two glorious half-moon sandy bays.  Now, I’m not talking Benidorm, Salou, or Marbella here, this is a side to Spain I have never experienced before.  This is where Grace Kelly holidayed – and it’s still at that level today.

San Sebastian (or ‘Donostia’ in Basque) is a fishing town and a previous royal resort, and has everything an exotic paradise has to offer, but it is much closer to home.  I was there on holiday this summer with my dad, so not so romantic…(!), but I have already planned to go back with the hubby.  I absolutely fell in love with the place.

It used to be common sense to pay for holidays to places like the Caribbean, the Maldives and French Polynesia in dollars, but with today’s exchange rate following Brexit, you will now be paying around 18% more for your holiday.  Now I’m not saying the pound is doing much better against the euro (at the time of writing this the pound is at a six-and-a-half year low), but it’s certainly better value for money to fly to mainland Europe than across the Atlantic or further afield – and in San Sebastian there will be no compromise on sun, sea and sand.

Here’s my reasons to honeymoon in San Sebastian:

There’s No Brits
There aren’t any direct flights from the UK to San Sebastian.  You must fly either to Biarritz, on the French side of the Basque country, or to Bilbao, on the Spanish side.  Both are around an hour away by train or bus – we travelled down from Bordeaux, via Biarritz, by train.  I literally did not hear one British accent when we were there.  This is where the Spanish have holiday homes.  A definite bonus, and makes for a more authentic holiday experience.  (NB for this reason, by square metre, San Sebastian is the most expensive place in Spain to buy property, so keep an eye out for hotel deals before you book your travel.) 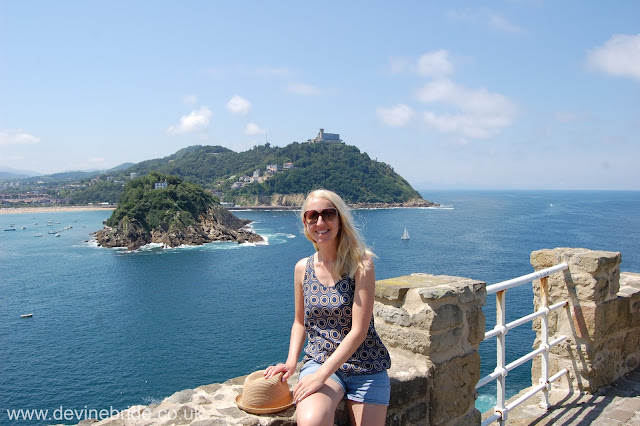 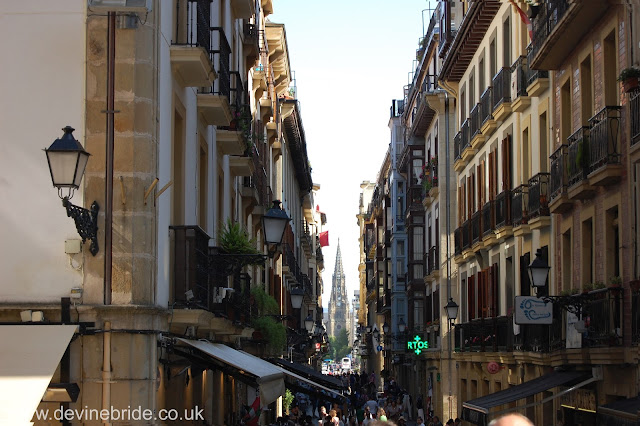 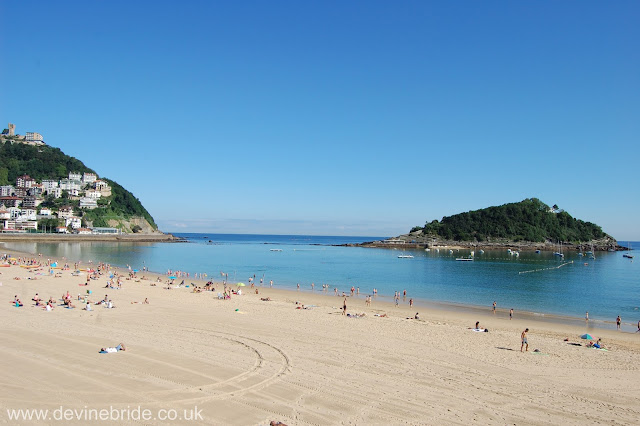 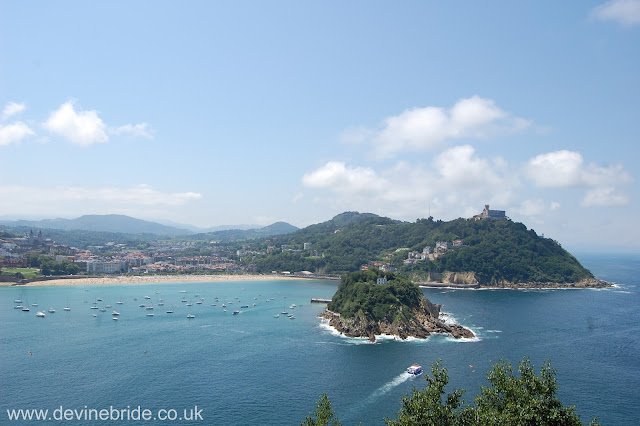 The half moon bay lends itself to the perfect paradise composition, and did I mention there were TWO half moon bays?  All soft golden sands, too, and perfectly positioned and sheltered for maximum sunshine. 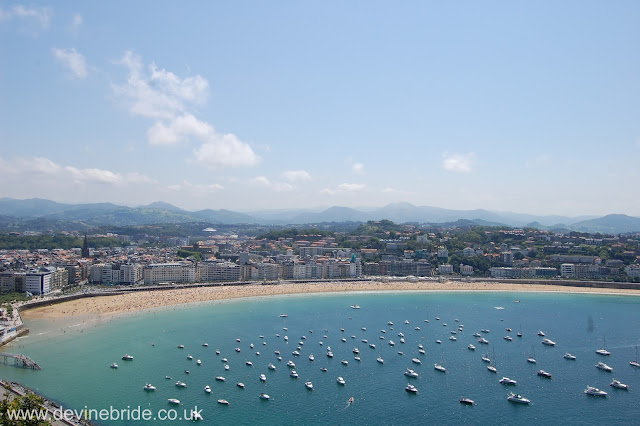 The Food
San Sebastian was my foodie heaven.  The perfect combination of France and Spain (think amazing wines, delicious breads, and the best ham and cheese) with all the Basque specialities thrown in.  Including amazingly fresh seafood.  In this area of the coast, pintxos is the speciality – the Basque version of tapas but much, much better.  Every bar has them on demand in a freshly made buffet. 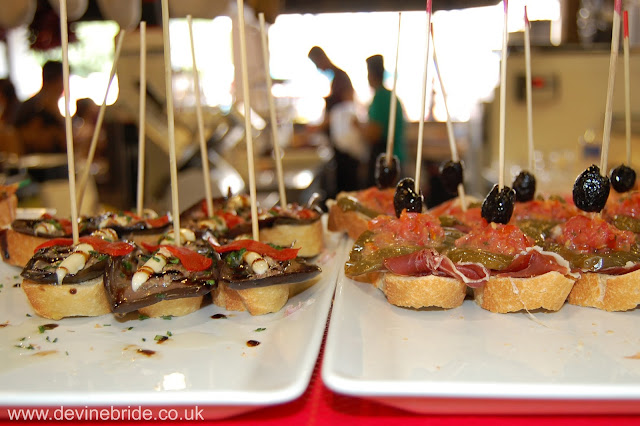 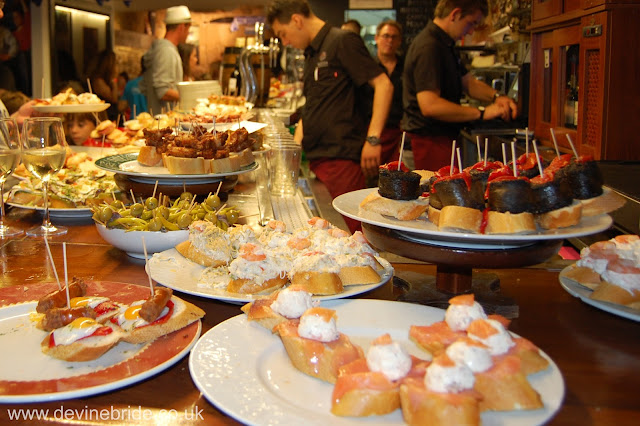 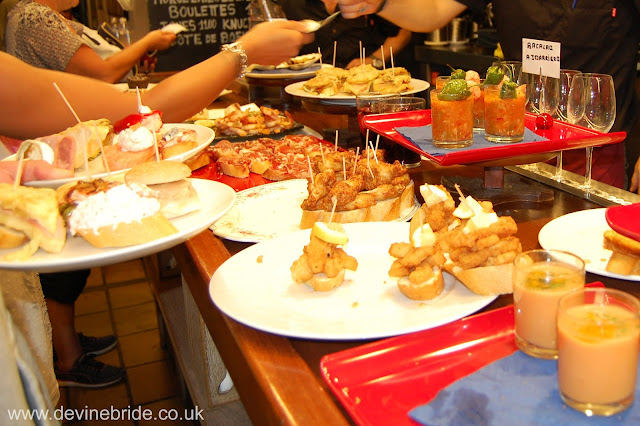 My dad and I stopped for a quick drink one night and had a brandy (him) and Txakoli (me – like Basque prosecco) and 4 pintxos, and it cost us €4.  €4 for 2 drinks and dinner basically.  It was so cheap we actually ended up having about 6 ‘dinners’ that night!  Oh, and not to mention that San Sebastian has more Michelin stars per capita than anywhere else in the world. 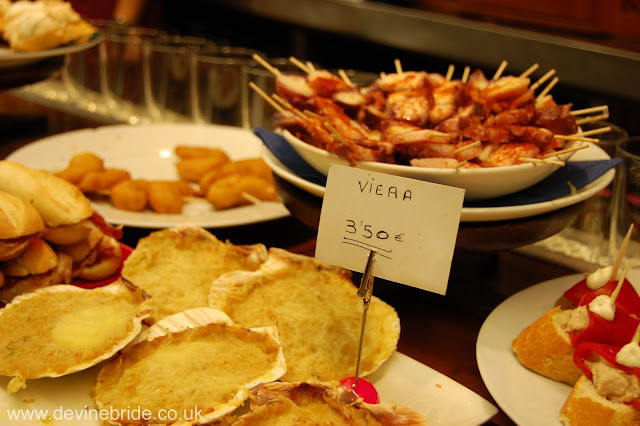 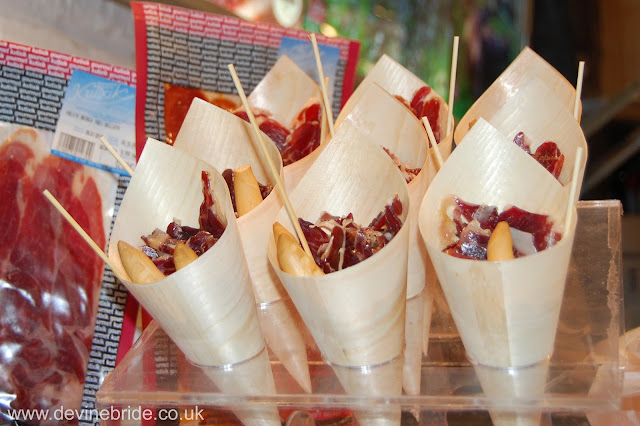 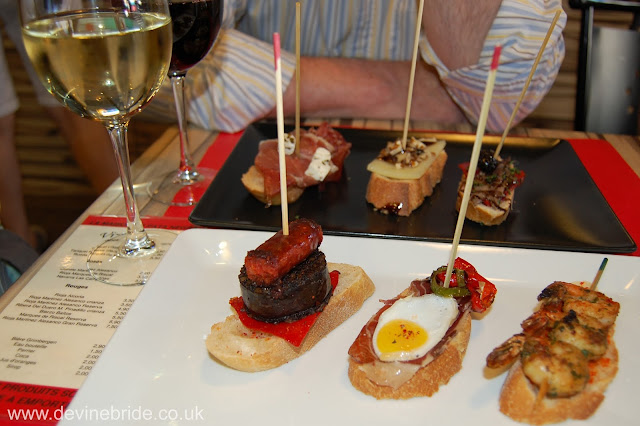 The People
San Sebastian is tiny, so it has that village/island feel where it seems like everyone knows each other.  The people are so friendly, warm, and welcoming.  I also love the Basque people in general, the loveliest most laid back people you will meet.  The fact that the Basque language is so far removed from anything I have ever studied of any other European language only makes the experience seem all the more exotic. 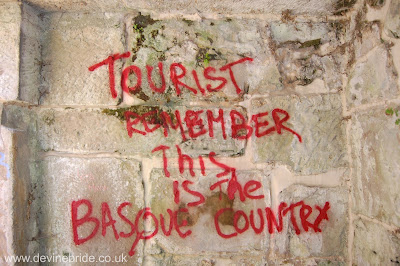 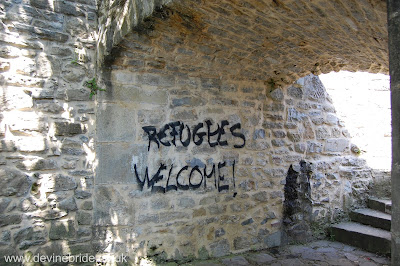 The Activities
Take your pick; go on a pintxos tour, a wine tour, a walking tour, or like us, an electric bicycle tour and a boat tour. 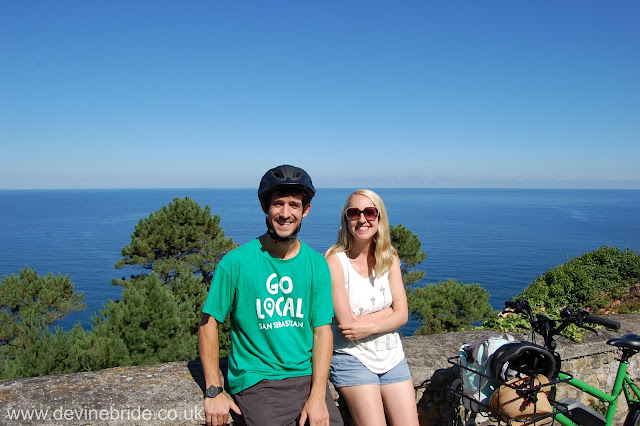 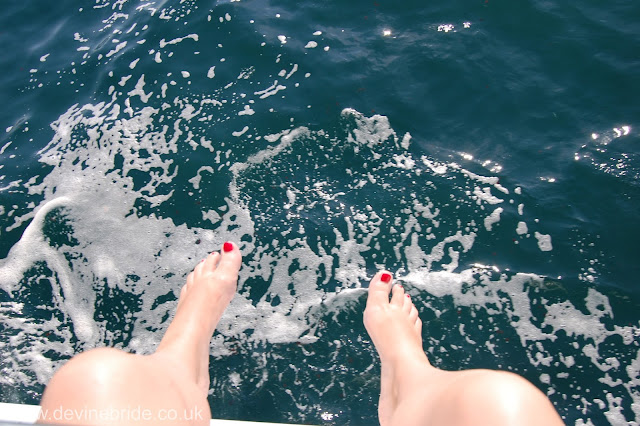 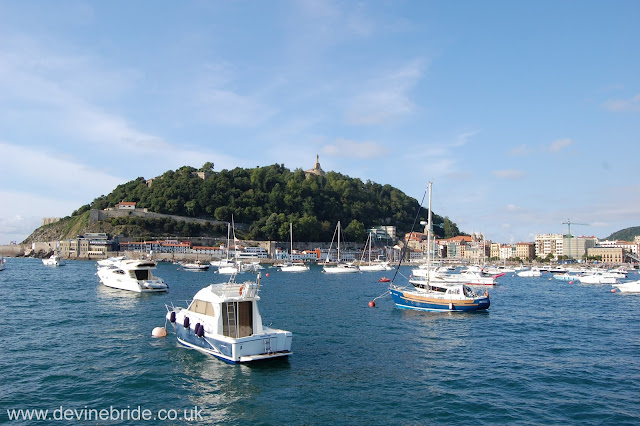 And with beaches like these, take a surf lesson in the morning and then chill out with a cocktail and ice cream on the beach in the afternoon. 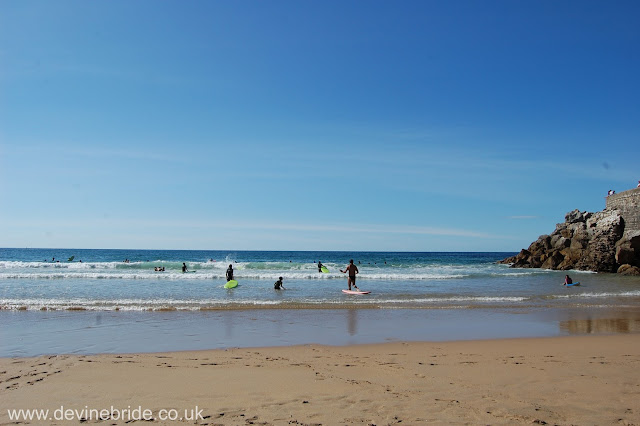 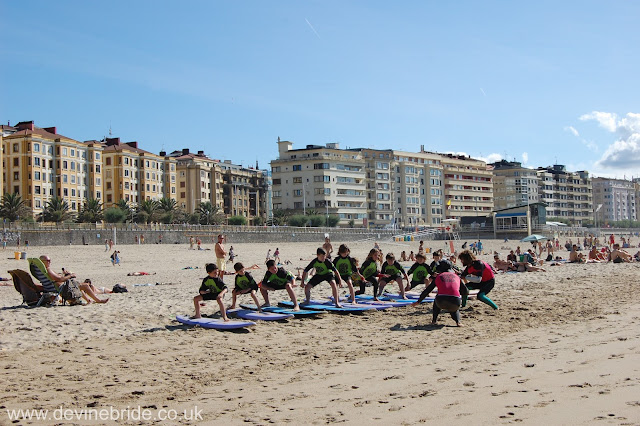 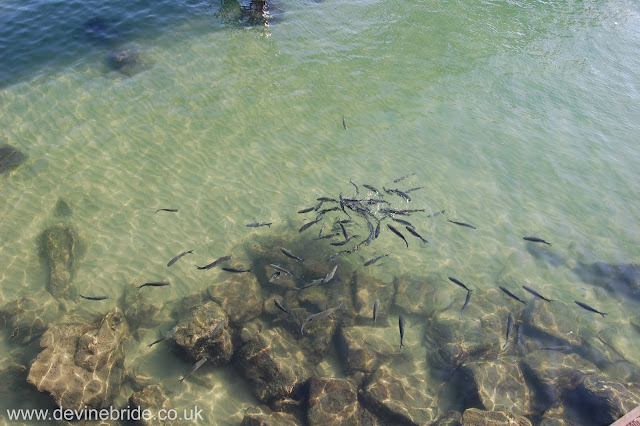 I’m not usually one to go on holiday to the same place more than once, even if I really enjoy it I would still much rather go somewhere I have never been before for my next holiday.  However, San Sebastian had me lusting to take my husband there.  When you are so excited to take someone else to experience it again with you, you know it’s special. 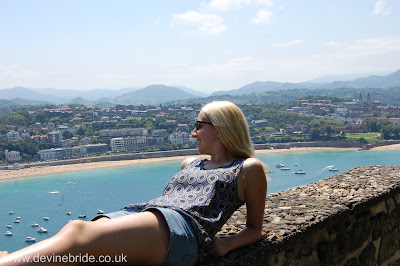 We flew with Easyjet to Bordeaux for £126 pp one way, including hold luggage.  We booked a train in advance with Voyages-sncf from Bordeaux to Biarritz for £19 pp one way.  We connected from Biarritz to San Sebastian via train for under €10 pp (you can’t book in advance for the local trains).  We booked our accommodation quite late so stayed in a very spacious and very central Airbnb apartment for 4 nights for £507, but there are cheaper options available and we booked at the height of summer.  We did an electric bike tour with Go Local for €40 pp, and it was worth every penny.

Never miss a post by subscribing to my blog – if you’re viewing this on a computer, there’s a big box just below,
underneath the comments, where you can enter your email address
and you’ll get every post delivered straight to your inbox!