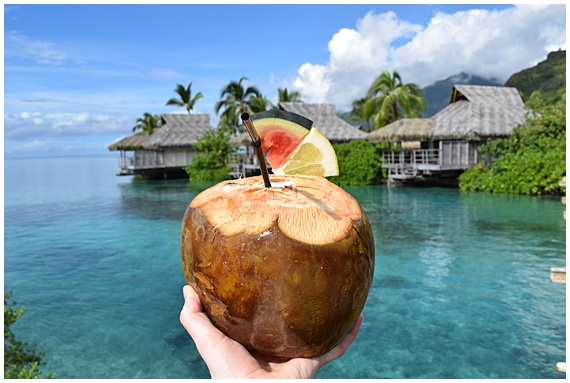 One of the most difficult decisions to make on the build up to your wedding can be where to honeymoon afterwards. We didn’t want ours to be an afterthought, so took full advantage and milked it for all that we could! For years I’d seen pictures of Bora Bora in French Polynesia being branded as a paradise destination for newlyweds, but always assumed it would be out of our price range.

However, a former colleague of my husband (and now blogger friend) Planes & Champagne had been there on her honeymoon in late 2015 – and offered some travel tips to my then fiancé, who proceeded to plan our dream honeymoon over the course of several months. (I did the wedding and he did the honeymoon, that was the deal!)

After months of planning, we ended up with a once in a lifetime trip, travelling from London to French Polynesia in the South Pacific via LA, then doing a tour of three islands, Mo’orea, Bora Bora and Tahiti, and then stopping off in LA for a week on the way back (taking in Santa Monica, going to Disneyland and visiting Universal Studios, of course!).

We went through a local French Polynesian travel agent, Easy Tahiti, which proved to be far cheaper than any of the options available to us over here in the UK, however there was a panic moment when our deposit went ‘missing’ in the banking stratosphere for a few days, but it was just our bank questioning why we were wiring so much money to a remote Pacific island…!

I don’t feel that I can really do the collection of islands in French Polynesia justice in one post, each of them is so unique and has its own beautiful story to tell, so the first part of my honeymoon series posts will focus on our trip to the island of Mo’orea.

Mo’orea, like many of the islands of French Polynesia, is a beautiful picture perfect remote island of white sands, palm trees and overwater bungalows – most of which can only be reached by private boat.  Mo’orea is very similar to Bora Bora, but is considerably cheaper in a few different ways.

Without a doubt, the worst part of honeymooning in French Polynesia is getting there. On a drizzly Saturday morning in May last year (just after we had tied the knot) we started our journey from Heathrow which wouldn’t see us arrive at our final destination, Mo’orea, until sometime on Sunday afternoon. You can’t fly direct from the UK, so we had a short stop off in Los Angeles (in the airport) before heading on to Tahiti, the biggest and most populous island of the French Polynesian archipelago. After a short stop in Tahiti, which only gave us enough time to convert our currency into CFP Francs, we hopped on our Air Tahiti flight for the short but picturesque trip over to Mo’orea. 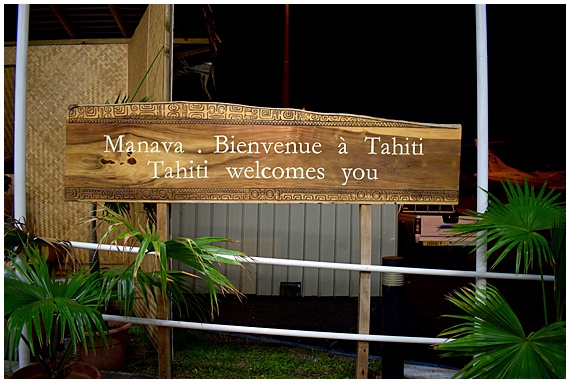 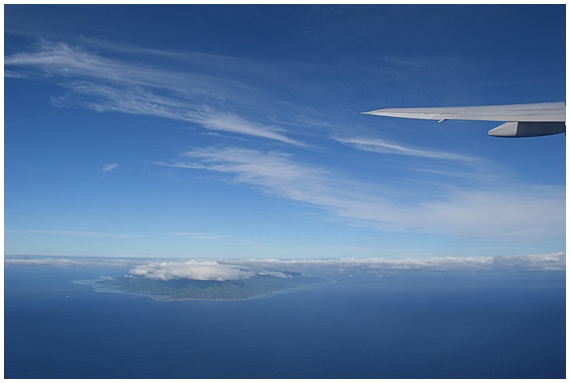 You can actually see the island of Mo’orea from Tahiti and the turquoise lagoon that surrounds it almost looks photoshopped. Arriving already jetlagged, traveling for over 24 hours over 3 continents, to say we were a little giddy by this point would be an understatement! 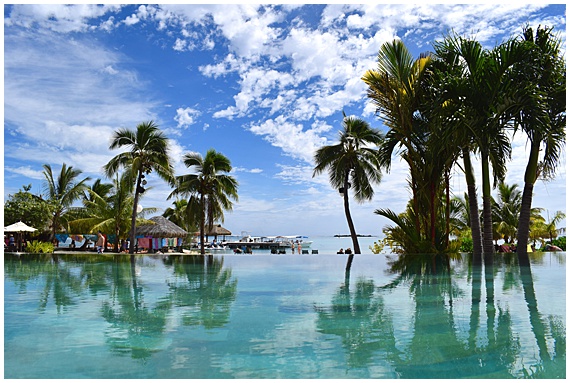 We had opted to stay at the Intercontinental Mo’orea Resort and Spa, at Hauru Point on the northwest tip of the island. Mo’orea was created as the result of volcanic eruption, and today the hotels that are scattered along its short coastline have a backdrop of emerald green cliffs. As if it was always destined to be a hotspot for newlyweds, the island’s shape also roughly resembles a heart!

As this was the first stop on our honeymoon, we decided to lux out and get an overwater bungalow (which was much cheaper than getting an overwater bungalow in Bora Bora, so we upped our game and got better value for money in Mo’orea, and ‘slummed it’ in Bora Bora with *just* a beach bungalow). We were taken from the airport to our hotel by private boat and were greeted with an ice-cold cocktail and cold towel on arrival at reception – which was absolute bliss! Furthermore, when we arrived at our overwater bungalow, a bottle of bubbly was waiting patiently on us! Much needed after nearly 24 hours of travelling! 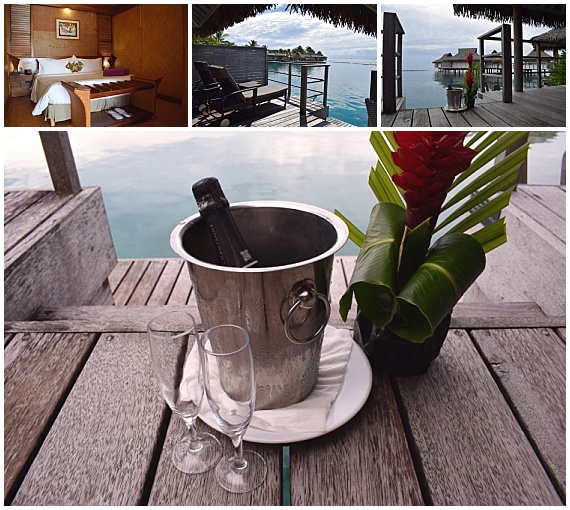 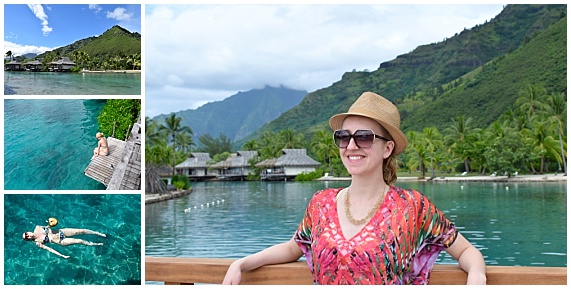 Mo’orea is different to the other islands we visited as it truly offers something for everyone. For those who are looking for a quieter, more relaxed, honeymoon – after all the wedding madness of the preceding months – you can drink some freshly made tropical cocktails (often made in a coconut) whilst watching the sun set over the lagoon from the comfort of your own luxury bungalow. 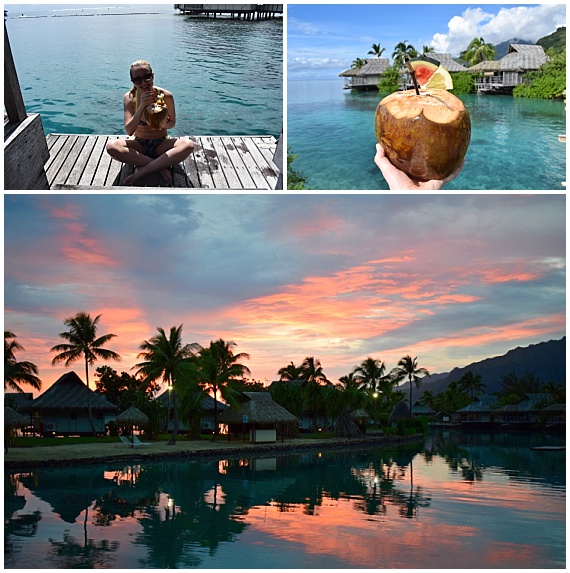 For those who are a little more adventurous or for those who get bored easily (us!) you can do quad biking tours of the island’s mountainous interior or various other diving and snorkelling activities. I particularly enjoyed quad biking, even though my hubby spent most of the time fearing for his life in the passenger seat….! (I haven’t driven properly since I moved to London over 10 years ago!) Our drive took us through some of the island’s pineapple plantations and up the bounty plateau, which provided a panoramic view of the Mo’orea mountain chains. 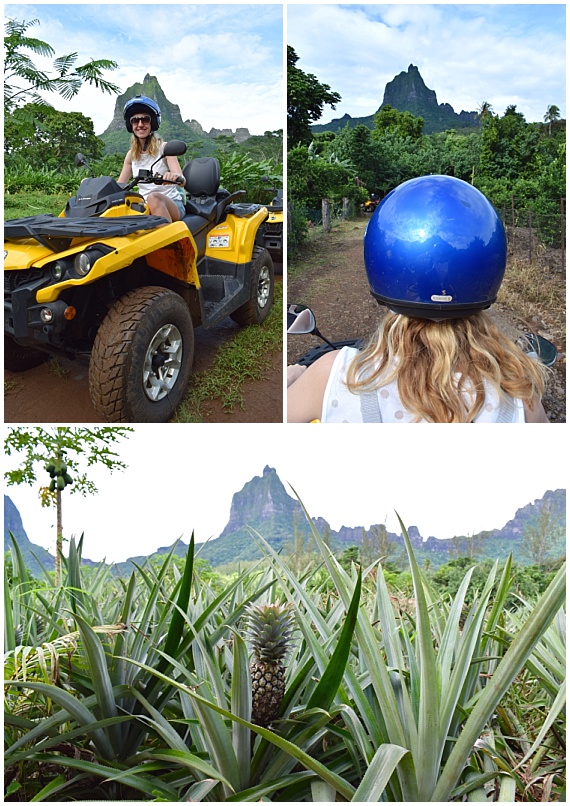 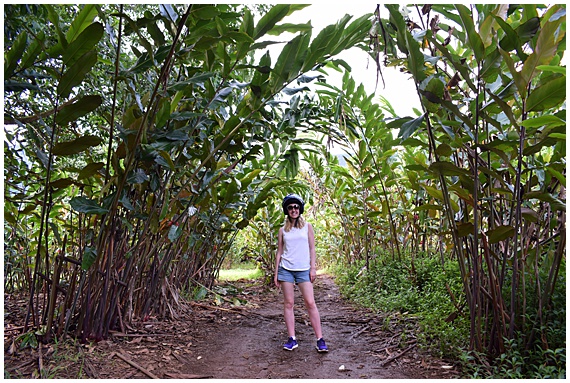 However, without a doubt my favourite part of the trip was swimming with dolphins at the Mo’rea Dolphin Centre (which was actually based in the grounds of our hotel). I was a little dubious of this at first, but after some research I found out that the centre is actually a sanctuary and rescue area for the dolphins. 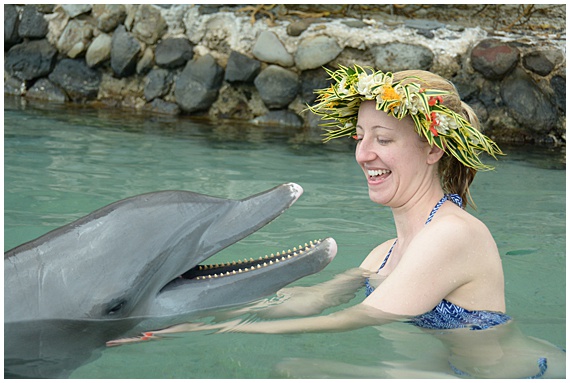 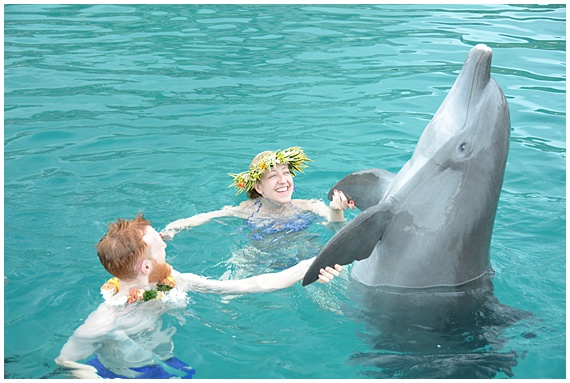 Either way, there was animal and nature galore on the island (a lot of which I had never seen before in real life), whether you wanted to experience it up close or chilled from your bungalow. 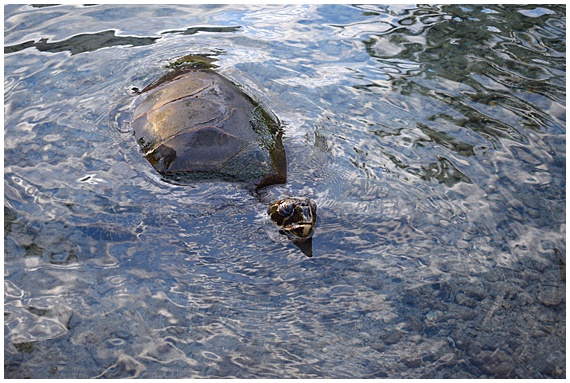 After a week of as much adventure as relaxation, we were ready to move on to Bora Bora.  We were sad to leave Mo’orea, but couldn’t wait to settle into our beach bungalow on our next Island. 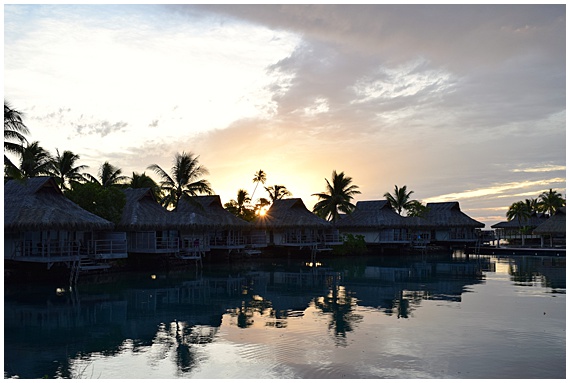 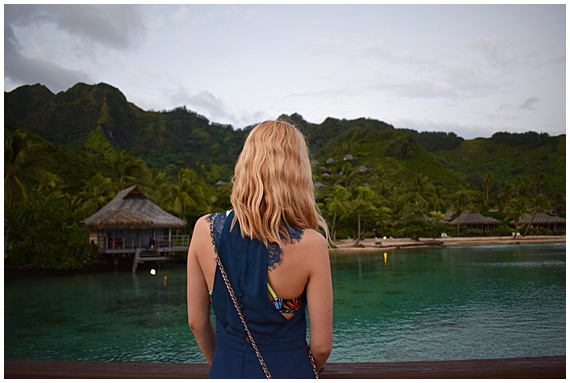 Looking back, Mo’orea seemed slightly more family and activity led of all the islands we visited.  The weather was also slightly more changeable in Mo’orea because of the mountainous terrain, but that said, I don’t think it ever dropped below 26 degrees c. 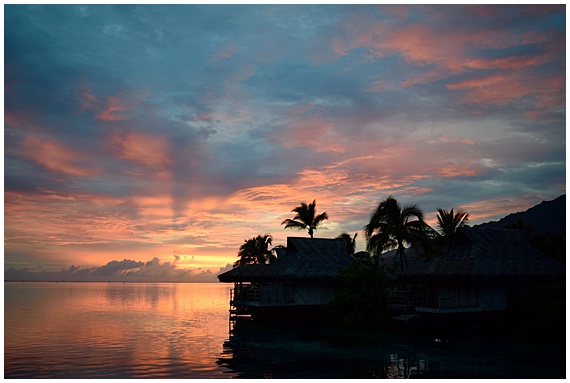 We booked our flights to French Polynesia through the BA and Air France sales (both a different times). We flew BA from London Heathrow (LHR) to Los Angeles (LAX), and Air France from Los Angeles (LAX) to Tahiti (PPT). Internal flights and accommodation within French Polynesia were booked through Easy Tahiti, a local travel agent – but researched and tweaked by us. This allowed us to pay in US Dollars, as opposed to Pound Sterling, which offered significant savings. In Mo’orea we stayed in an overwater bungalow at the Intercontinental Mo’orea Resort and Spa.