Ok so I wasn’t on a mini-moon, but at the end of May I took a time out on the beautiful island of Madeira to recharge in preparation for part two of wedding season and strategize for the next quarter.

I had such a lovely time that I wanted to bring you a few reasons why it would be the perfect honeymoon, mini moon, or relaxing romantic break. The island offers so much more than sun, sea and sand – it’s actually a volcanic island so there’s no sand, but there are plenty of adapted sunbathing spots by the sea and outdoor lidos, if that is what you are looking for!

This is romantic Italian inspired dinning on the edge of a cliff. We asked our hotel to book the best table for us two days in advance, as there are probably around 20-30 tables in the whole restaurant, but only around five are at the edge of the cliff looking out to sea. The tables are perfectly angled to have the perfect view, and it was just wonderful to watch the sunset – the food wasn’t too bad either. I had only thought such places existed on Instagram!

A two-course dinner for two people with wine will set you back around €120. 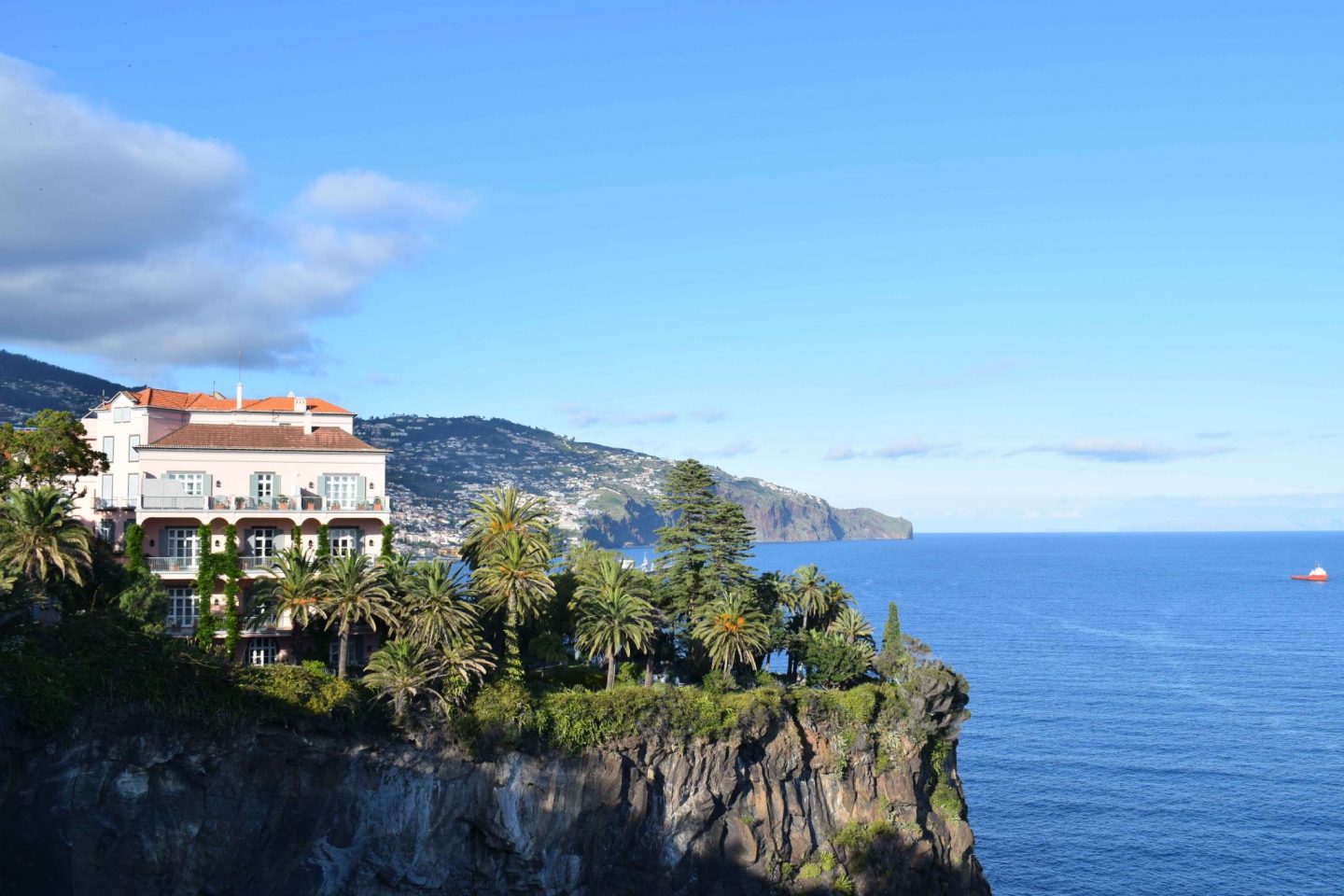 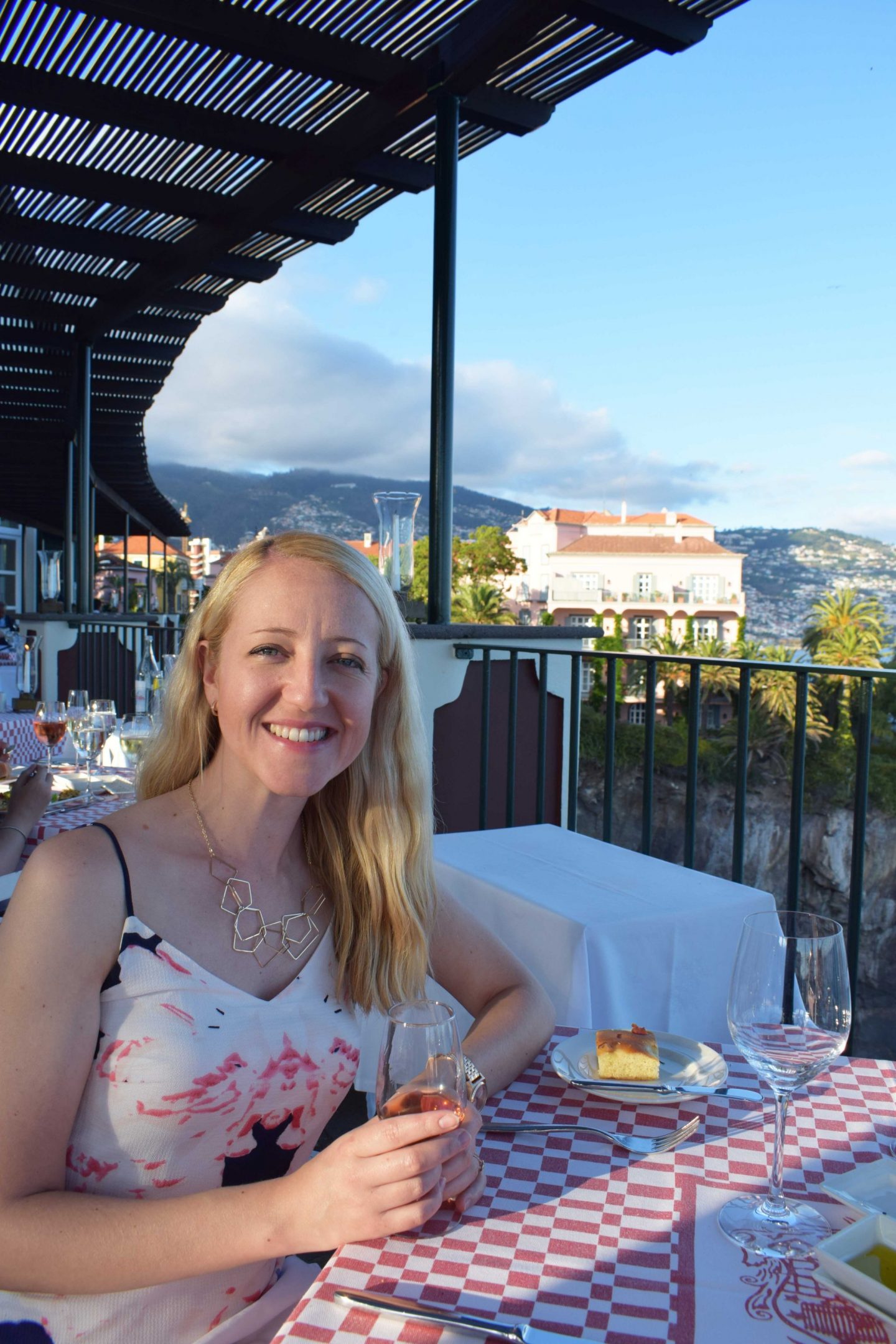 Going to Monte in a Cable Car

A short but steep ride will take you from the heart of the city of Funchal right up to the top of one of the mountains, to a quaint little town called Monte. Monte is littered with secret gardens, tiny ornate churches, and a handful of expensive cafes. The views are gorgeous and there are a few little streets to explore and gardens to wander through. Years ago, it used to be a health resort for Europe’s high society, so this gives you a flavour.

A one way ticket to Monte by cable car will cost you about €10 per person. 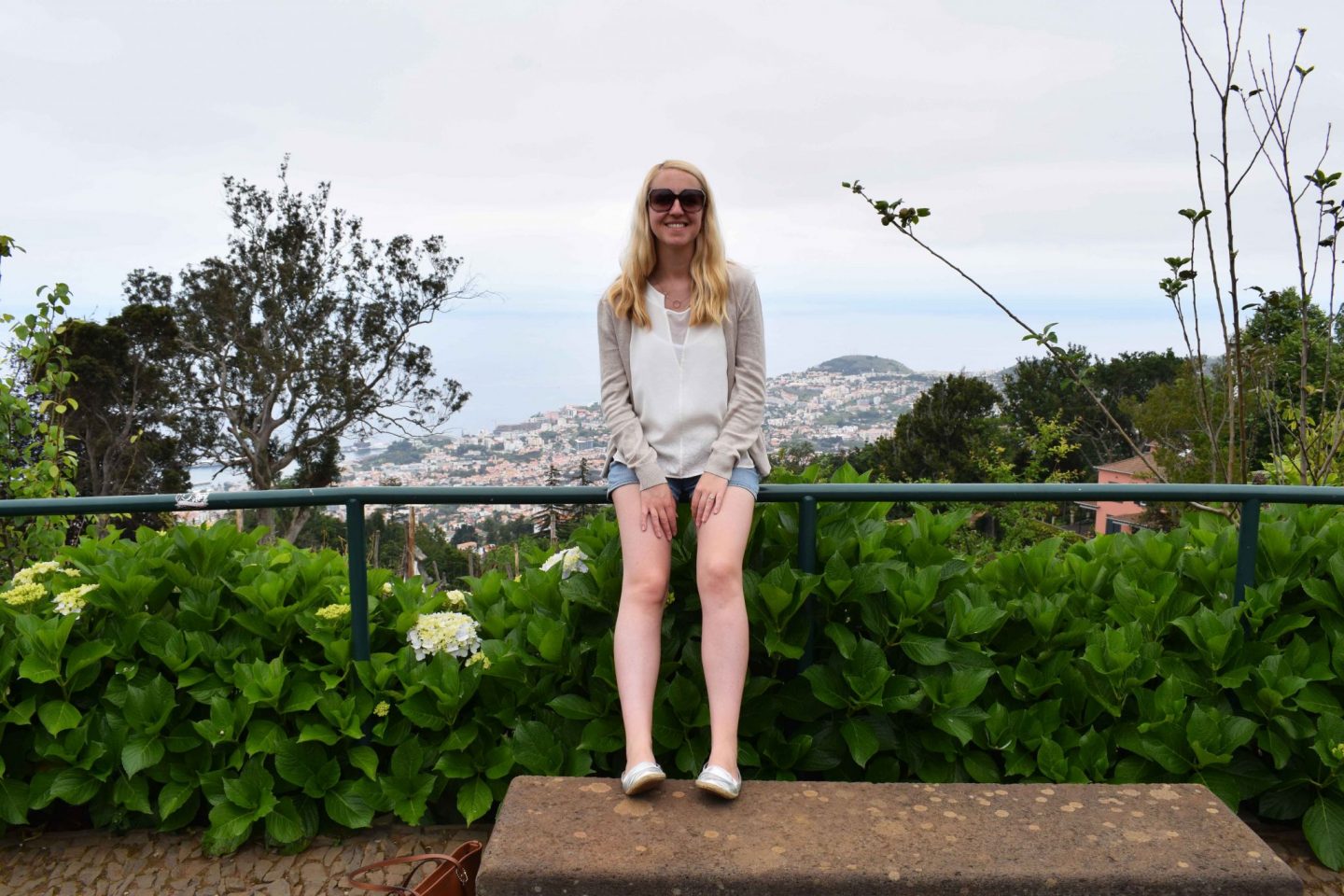 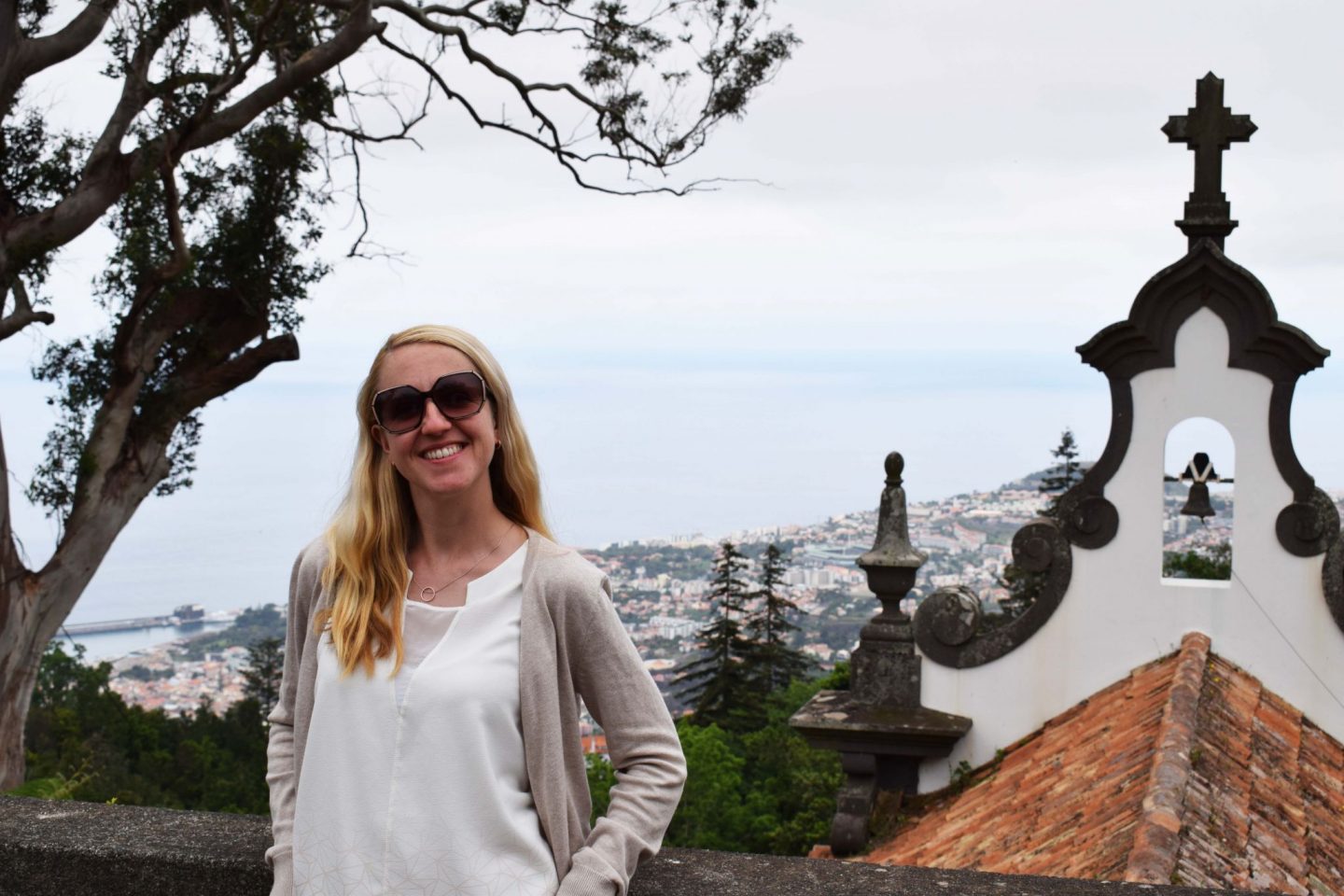 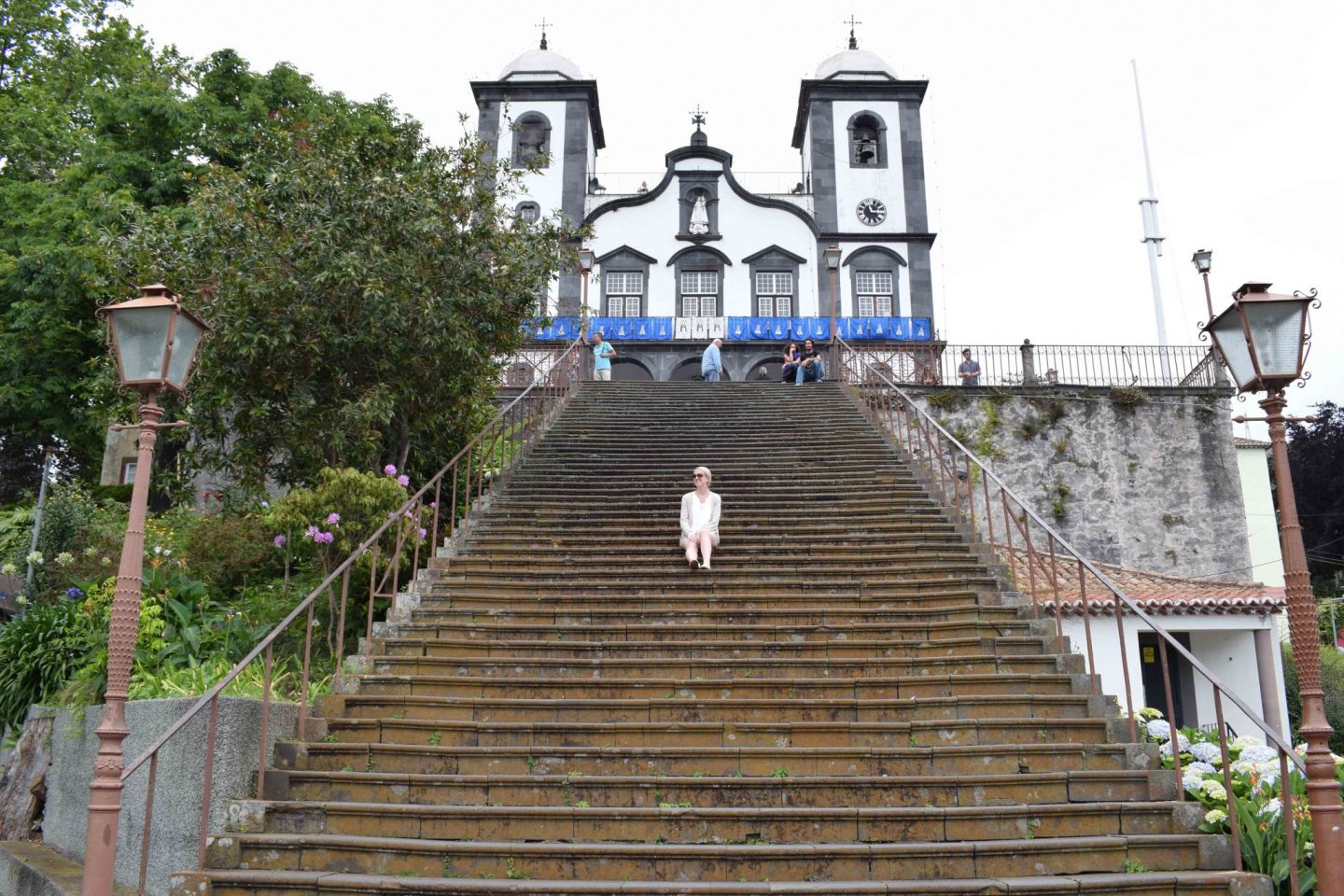 ‘Carro de Cesto’ (Tobogganing Down the Hill) From Monte

A one-way cable car ticket is all you will need up to Monte, as the stylish way to travel back down to Funchal is by toboggan! An ancient tradition, the toboggan-ists steer you down the steep and narrow streets half way to Funchal (approx. 2 km). I had no idea what I was letting myself in for, but it was exhilarating free-sliding down the mountain from Monte! A very bizarre experience but super fun! Not to be missed if you go to Madeira.

A one way toboggan journey will cost you about €30 for two people, then you can walk the rest of the way to Funchal (around 20 minutes of steep downhill walking) to burn off the indulgent Villa Cipriani dinner you had the night before..! 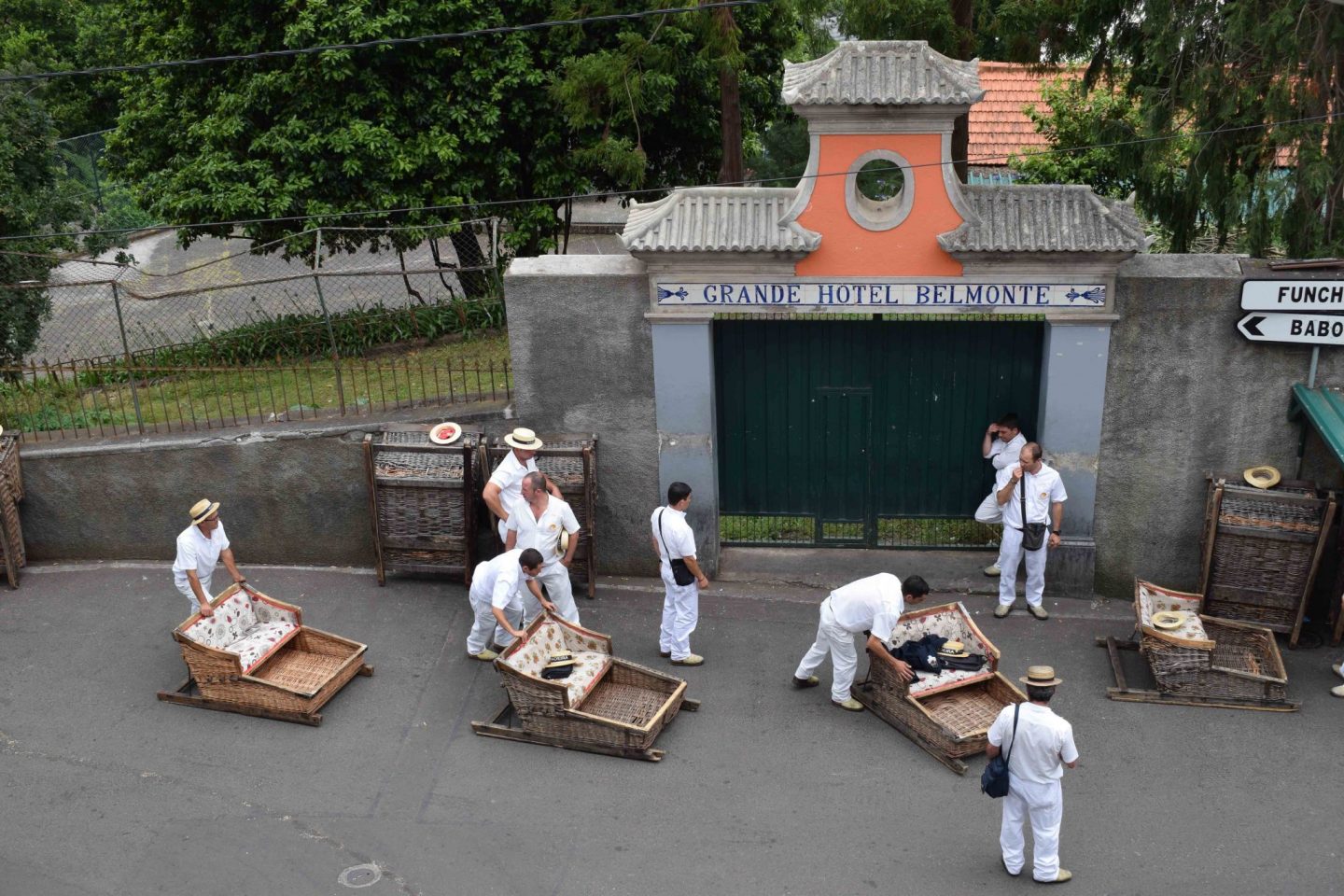 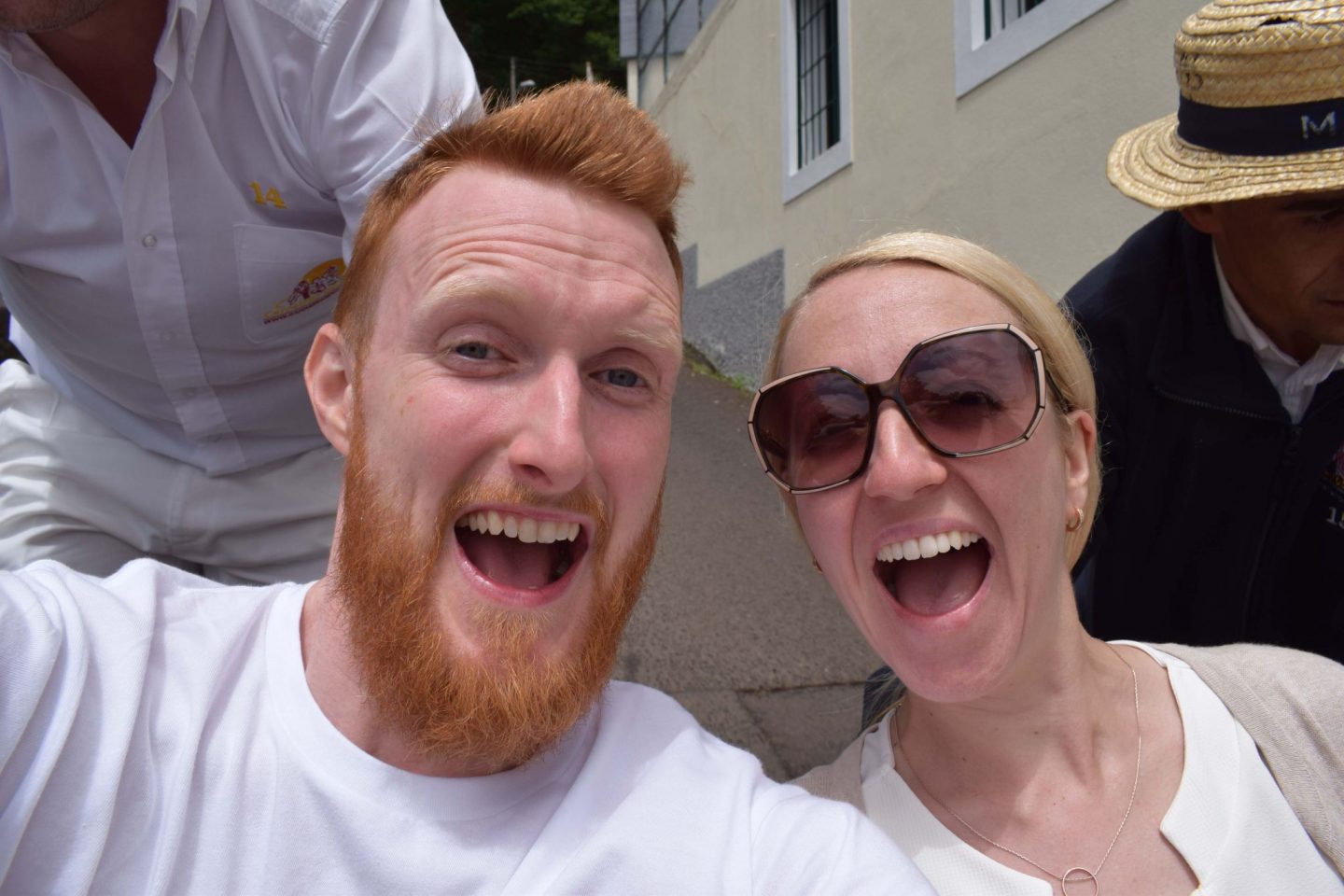 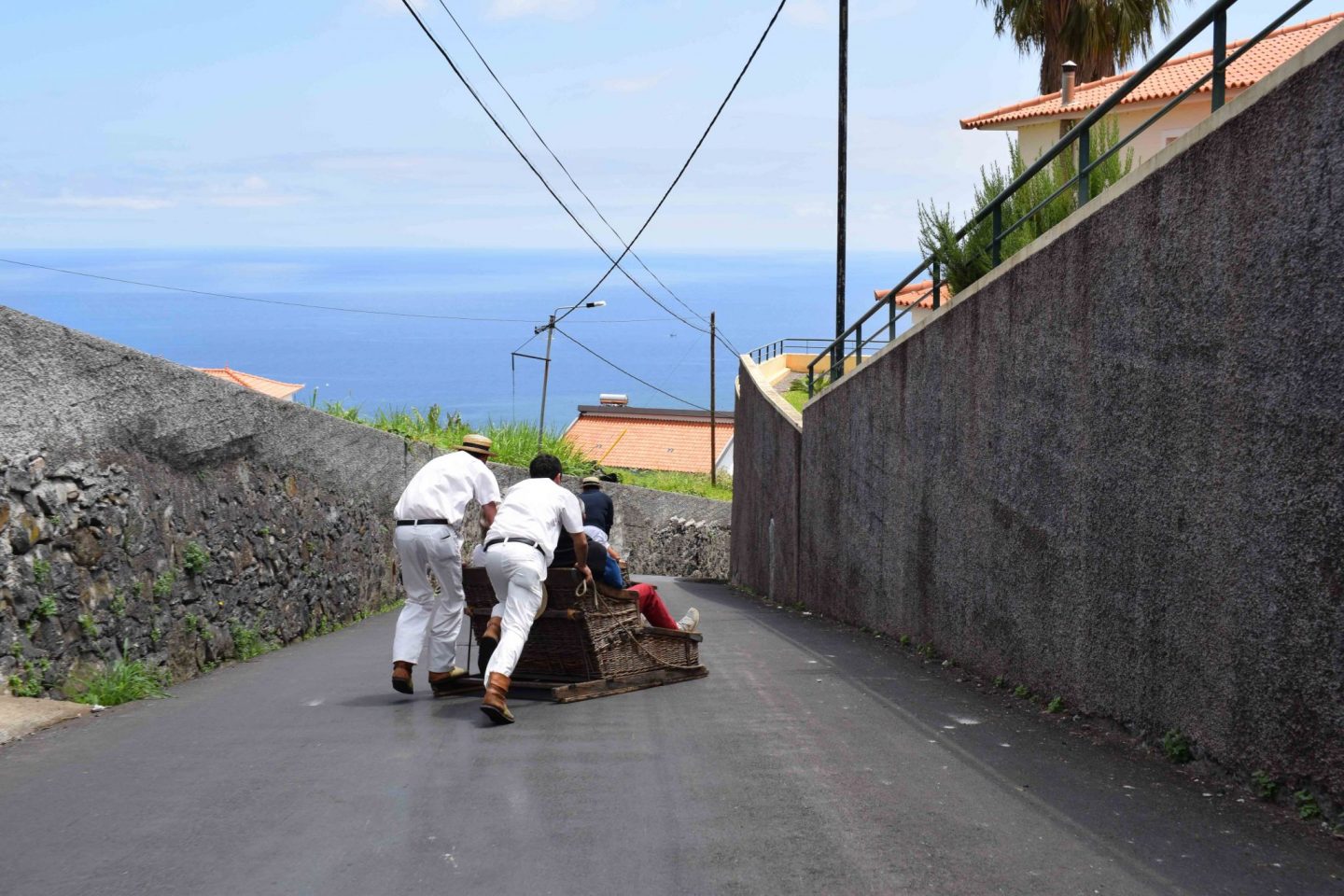 Although you can easily get the bus to Câmara de Lobos from Funchal in about 30 mins, take a day out to enjoy it and get lost in the laid-back way of life here. It’s a tiny fishing village with cute cafes, winding streets, and picture perfect fishing boats. There’s not much more to it, but we loved it so much we went twice!

We booked the red sightseeing bus which includes lots of other stops en route, in and around Funchal, for about €15 per person; valid for two days on two lines. 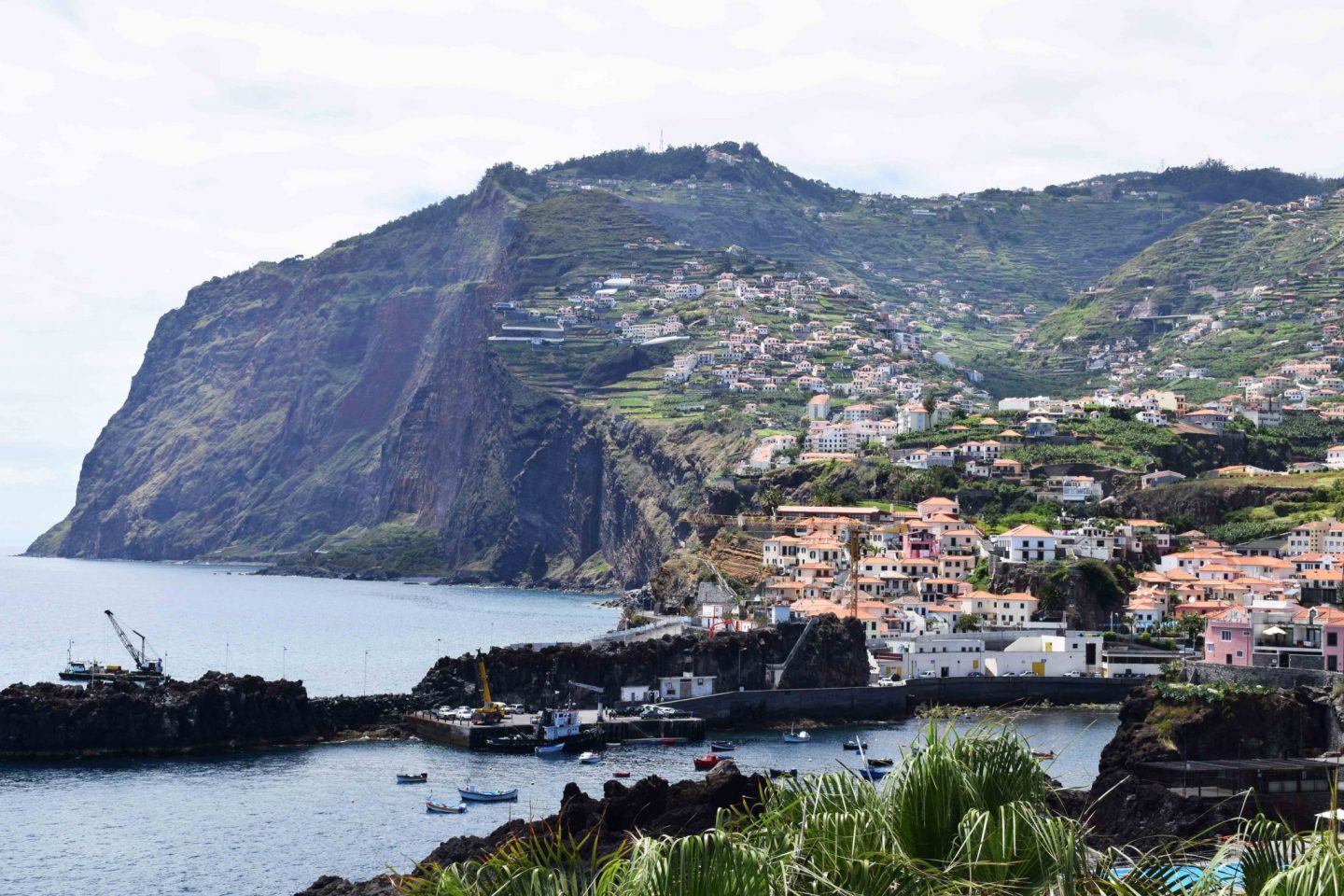 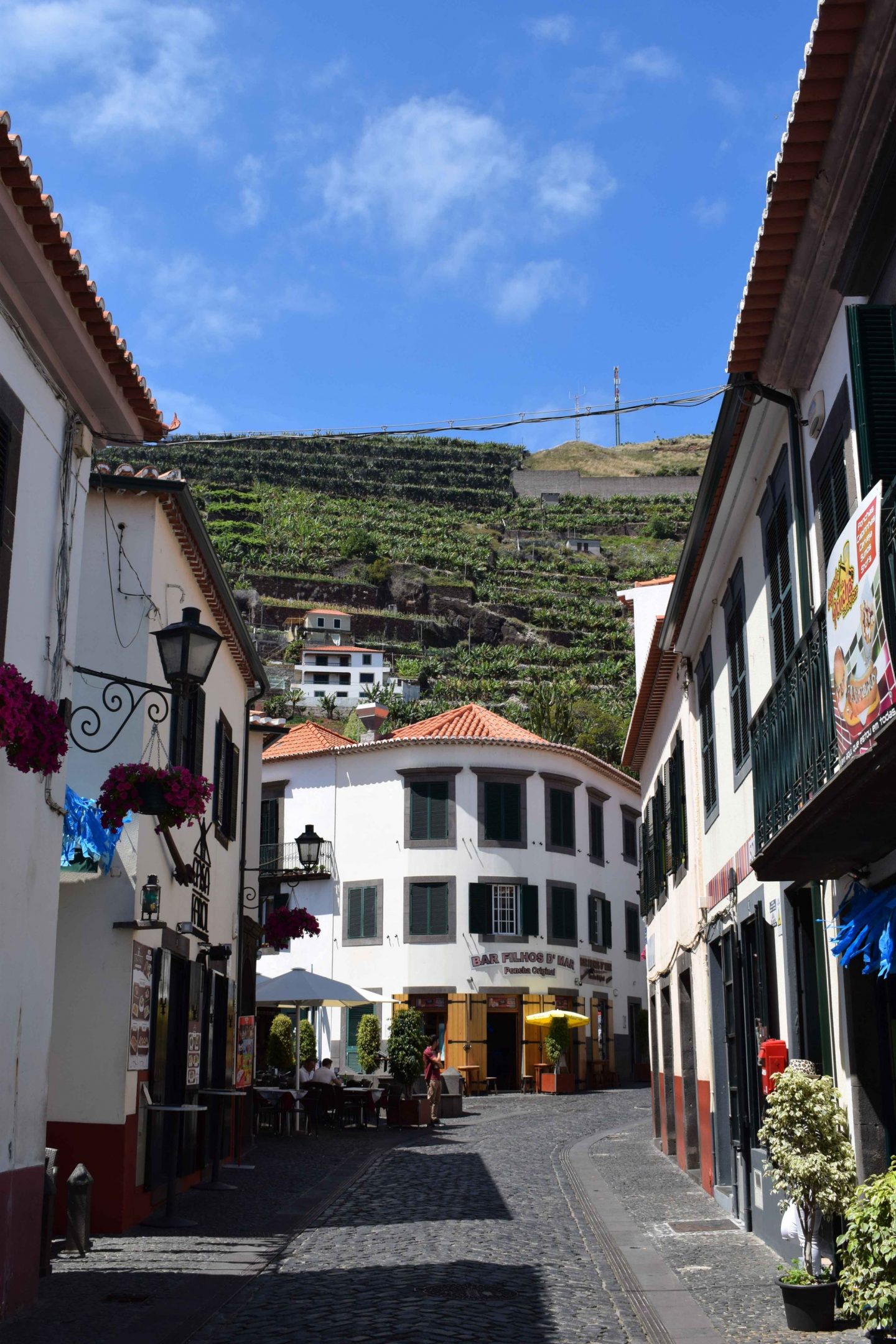 The Viewpoint from Cabo Girão

This is a spectacular viewpoint at the top of one of the highest mountains on the island that towers above the city of Funchal – oh and the viewing deck is on the edge of a cliff! (A different and much higher one to Villa Cipriani!) There is a glass floored viewing area you step out to from a gridded steel platform, which teeters on the edge of a jutting cliff. Apparently it’s the highest cliff skywalk in Europe… As it’s so high, about 580 m to be precise, it’s notably colder (and windier) up there – take a cardi or a jumper, and avoid a short dress! There’s also a cute little café where you can get an authentic Poncha; a local drink of rum, passion fruit, orange juice and lemon. All different types of passion fruit are grown locally and you will find it everywhere – this along was a highlight for me!

You can get to Cabo Girão by taking the red sightseeing bus to Câmara de Lobos, then catching a separate local yellow sightseeing bus for around €8 per person for a return journey. 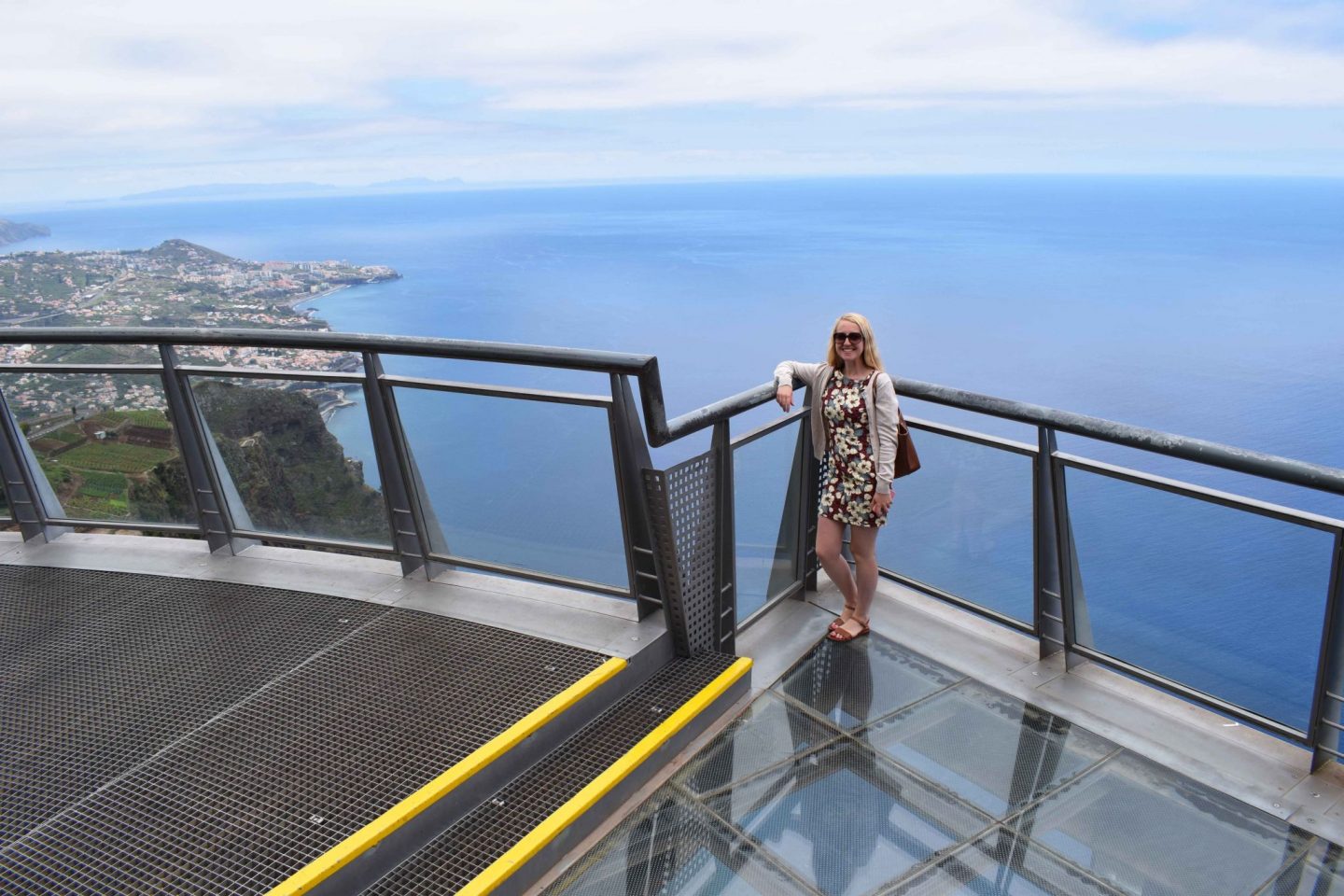 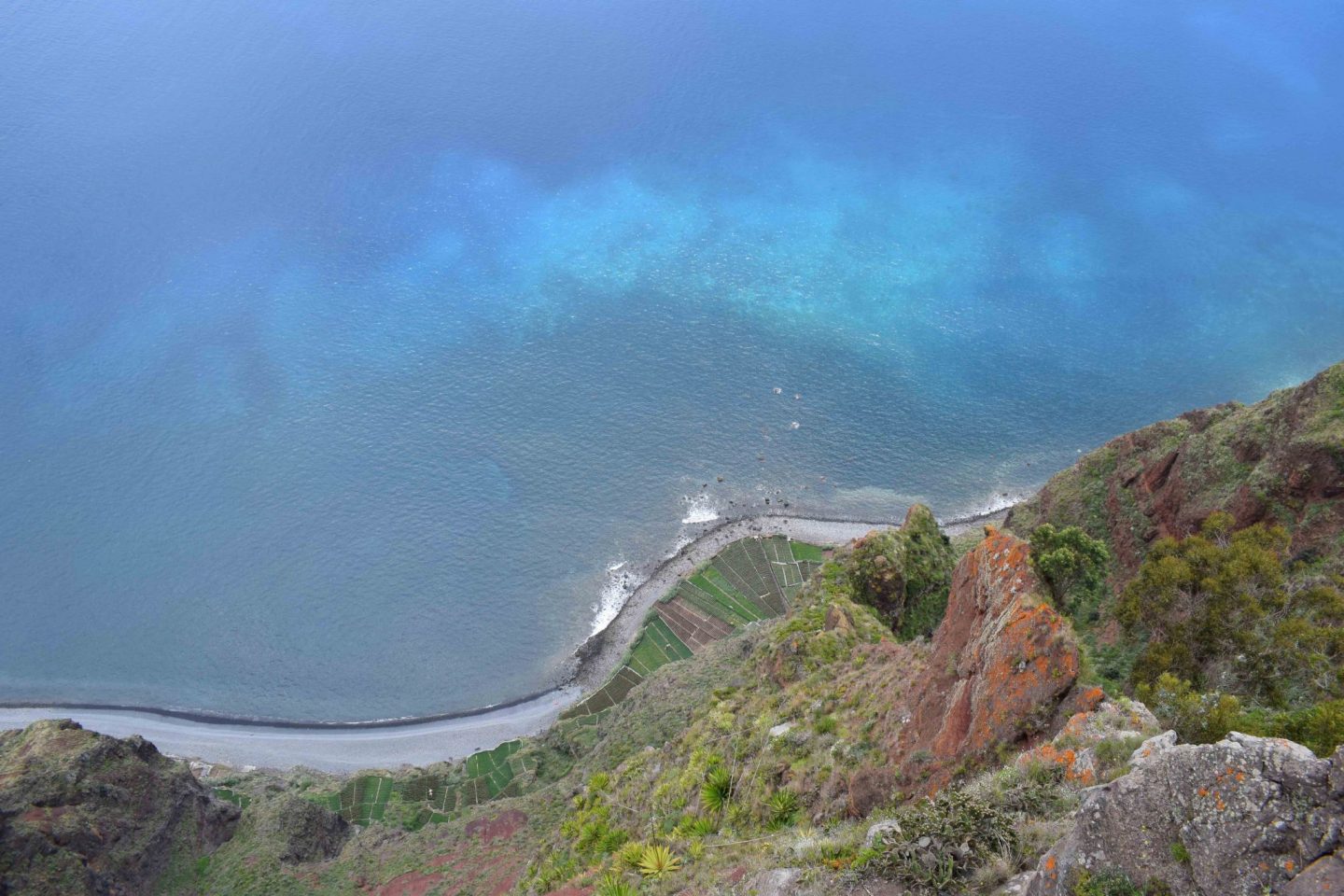 Last but not least!  I was completely clueless that Cristiano Ronaldo is from Madeira until we went, but it was more than apparent once we were there! There are artworks and statues of him everywhere, he has his own museum, and they’ve even recently named the airport after him. Ronaldo is like the king of the island and it’s quite a fun game to try and spot him everywhere while exploring the city. 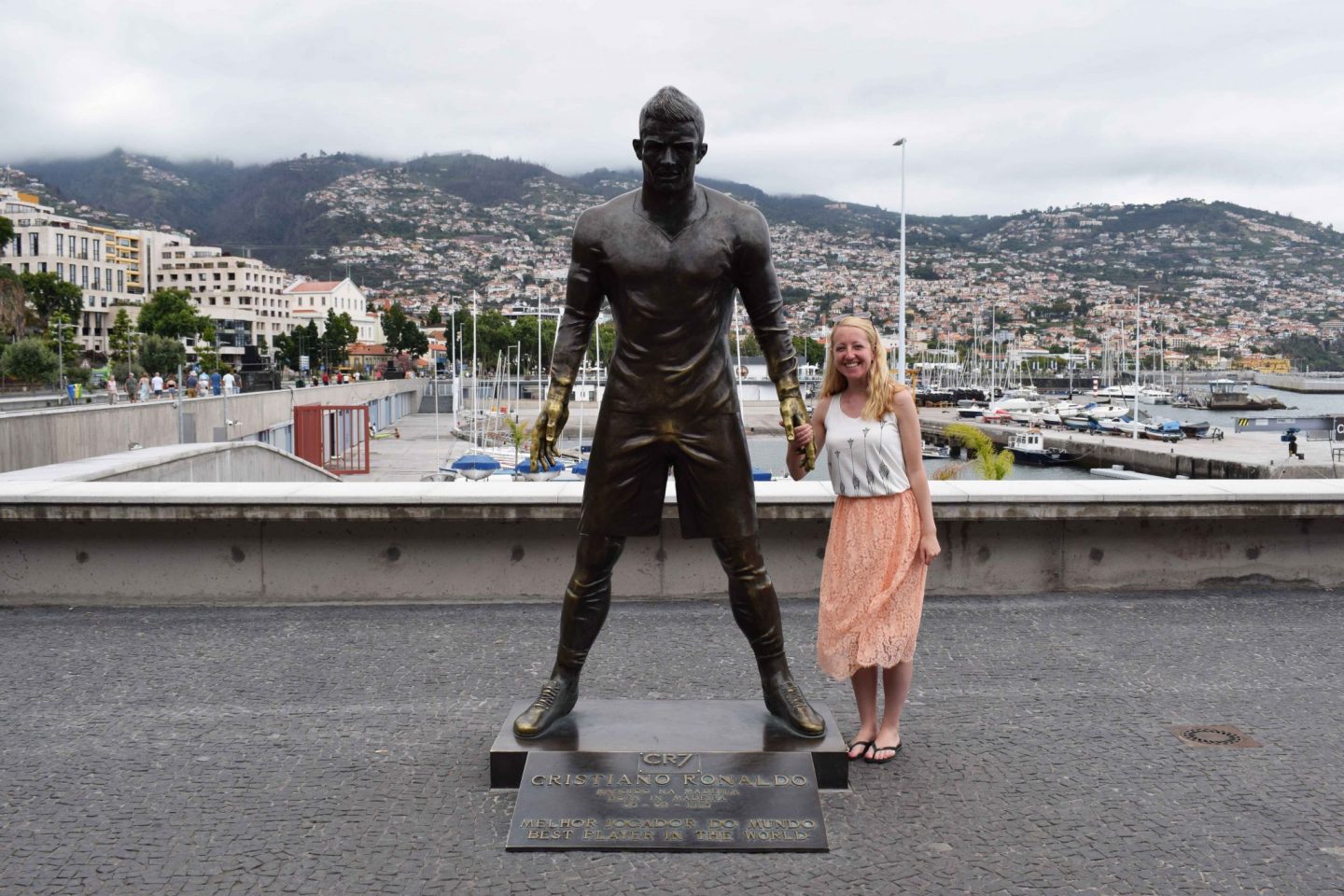 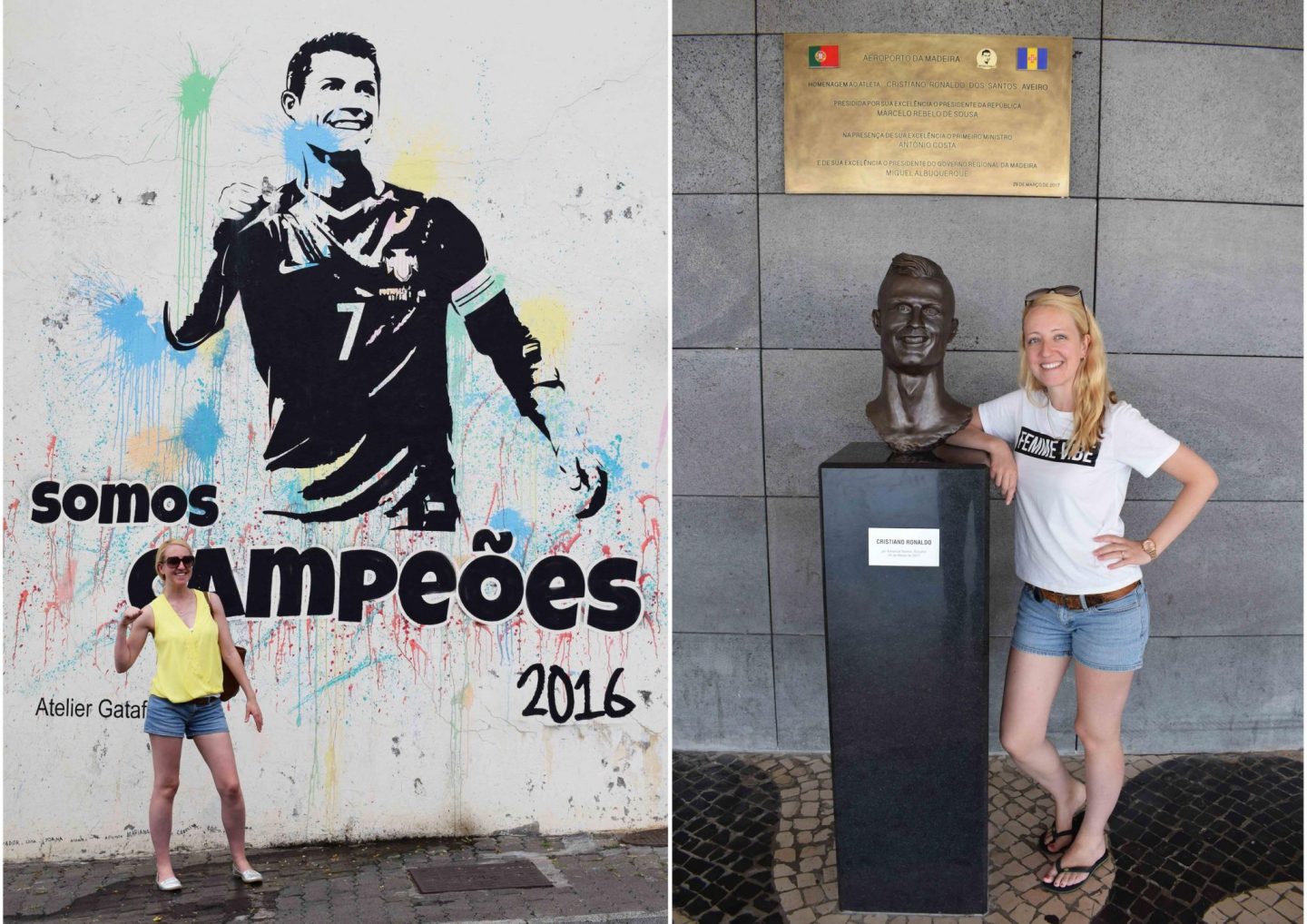 Things I Never Got Around To

This was veto’d by my husband as we were only in Madeira for a week we didn’t want to be exhausted by the end of it. We were both in need of some R+R so we swapped this activity for breakfast by the beach and then a day at the pool afterwards instead.

This would have been an expensive treat, and in lieu of what will always be referred to as ‘The Ritz Incident’ (read the post here!) we decided against this one, plus we already got a taster for Reid’s at its sister restaurant Villa Cipriani. Not authentically Portuguese or a Madeiran tradition as such, but I’ve heard it’s pretty good.

The say Madeira is where all the continents meet for its variety in landscape, mountainous terrain, amazing weather, and lush tropical greenery. You can get a bus up to most of the high points and then have leisurely ambles through the mountains, but we ran out of time and had already taken a fair few snaps of the views. 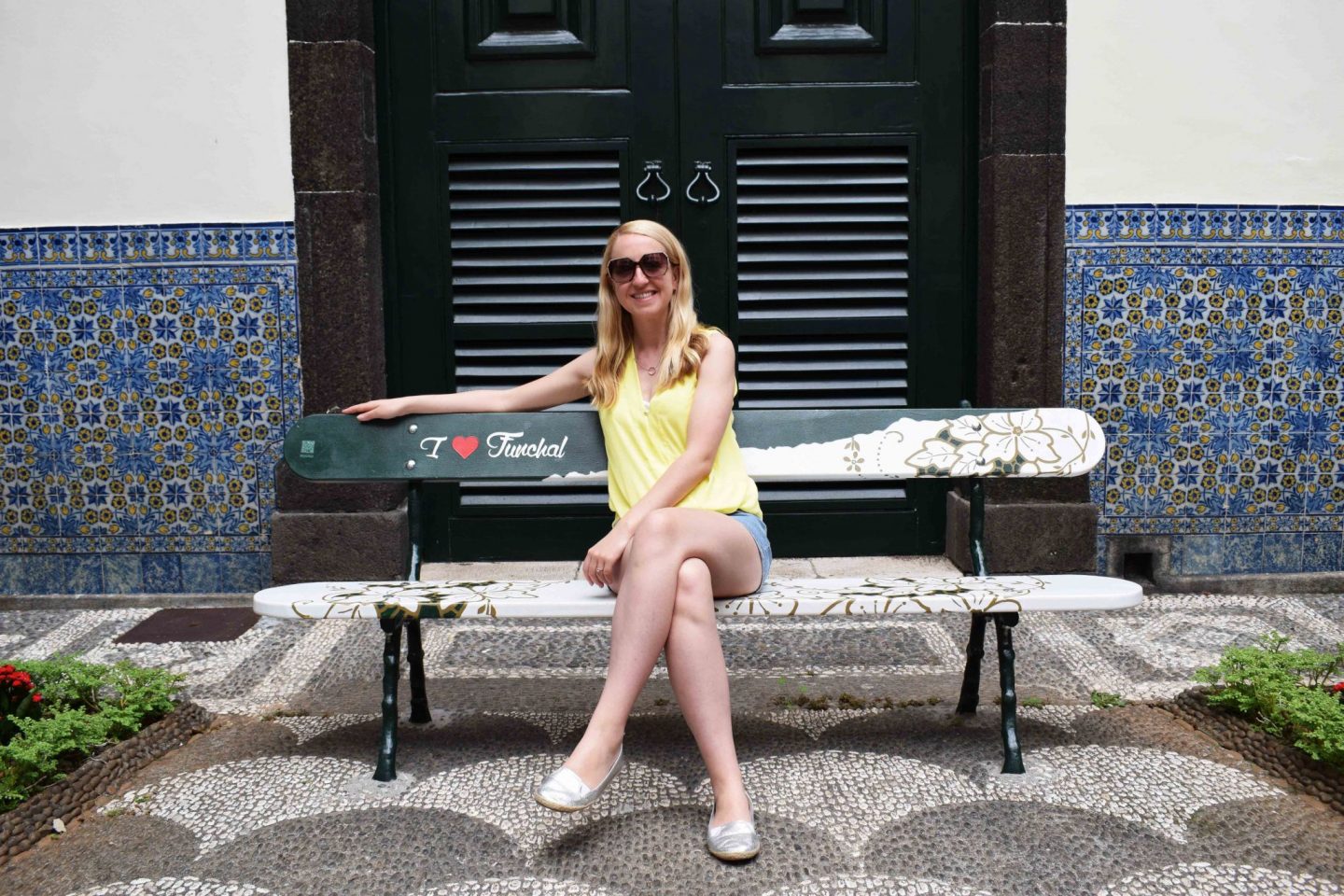 We travelled with Monarch airlines from London Gatwick and booked our accommodation separately through Pestana. We stayed in a sea front apartment at the Pestana Promenade and stayed for one week at the end of May 2017. 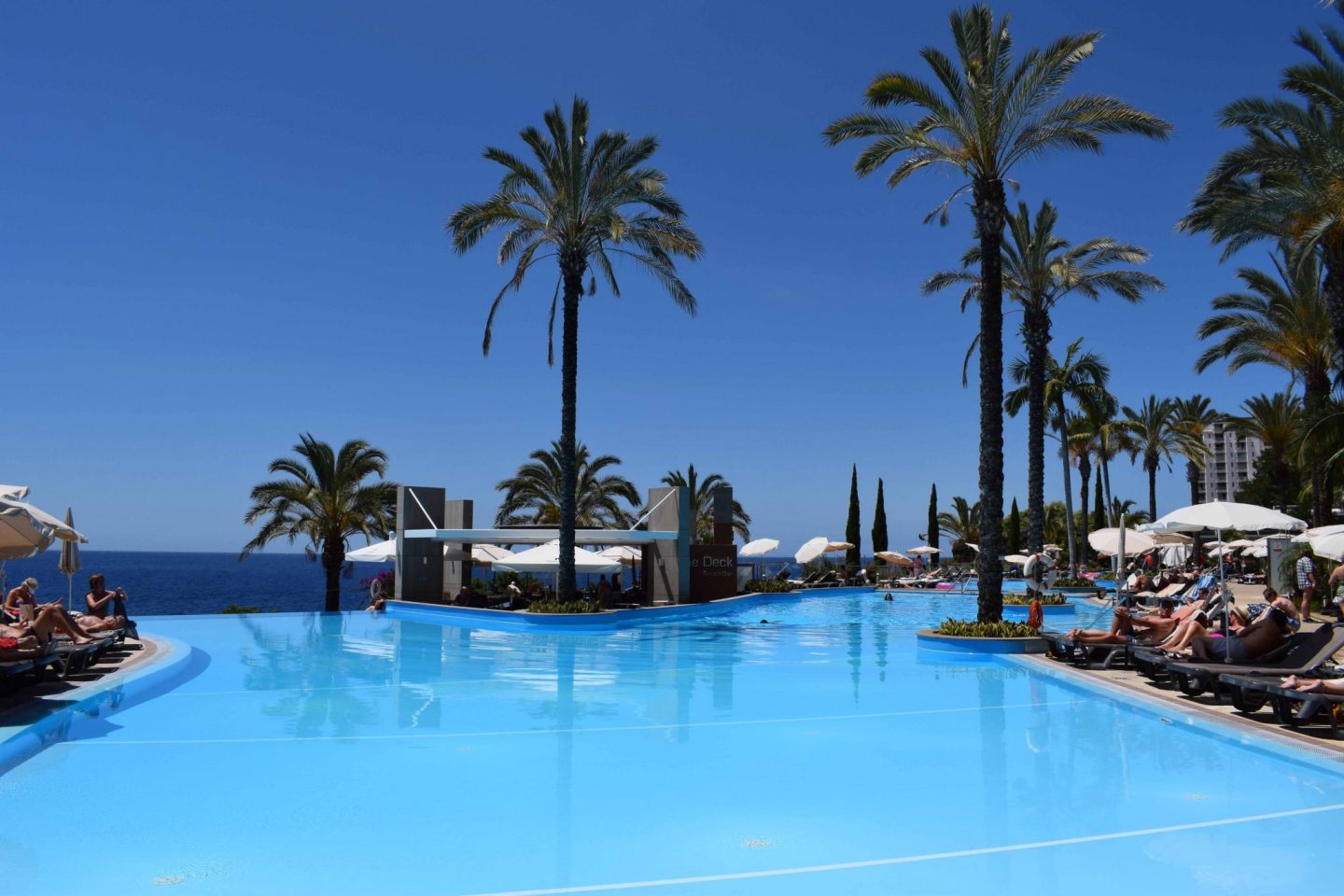