With a lot of fun bits in between!

Here my run down, of everything, not just weddings!

I started my year with the mantra ‘Do What You Love’, the same mantra I had for 2016 as it worked so well for me then…!  I had only just got my feet back on the ground after Christmas and found out I was a finalist at the UK Blog Awards in the wedding and events category, something I had coveted starry-eyed in 2016 as a guest to the awards.  We holidayed in Lagos in Nigeria for a friend’s wedding, and it was insane but amazing!  A bridal shower, a beach party, two weddings, and a whole lot of fun!  January was also the month that saw my first feature in the Scottish Wedding Directory, a piece on my own wedding and a title I have dreamed about working for since I was a teenager. 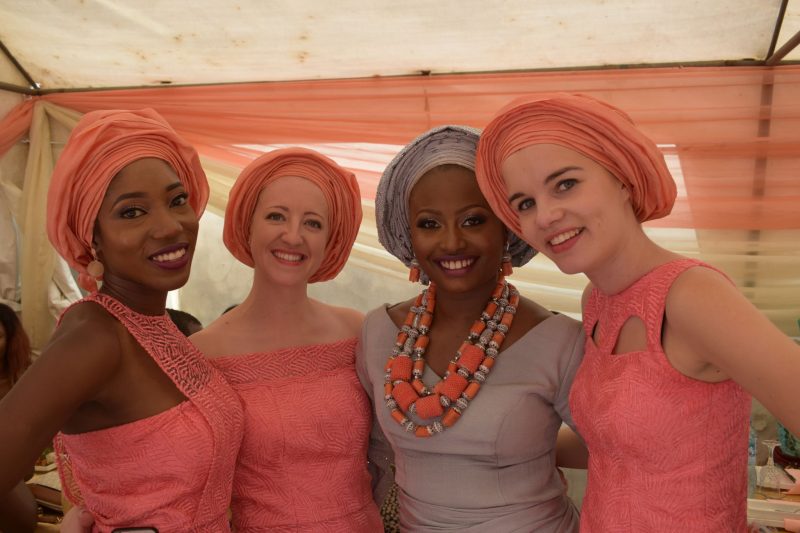 …was much quieter than January!  I bossed on with business, and worked at two completely different weddings; a friend’s wedding in Scotland and a vintage/60s themed wedding in London! 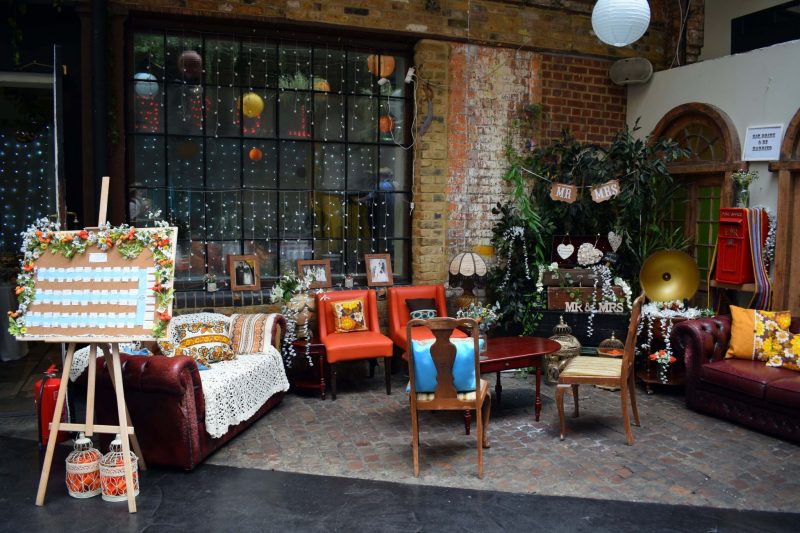 I hired my first member of permanent staff.  A proud moment!  I visited A Most Curious Wedding Fair and wished upon a star that I would be there next year… (Come see me this year at Most Curious, click here to see all the exhibitors!) and also attended Rita Colson’s bridal launch at the elegant RSA.  March was also the month I launched my mentoring services on ViewVo – such an amazing website. 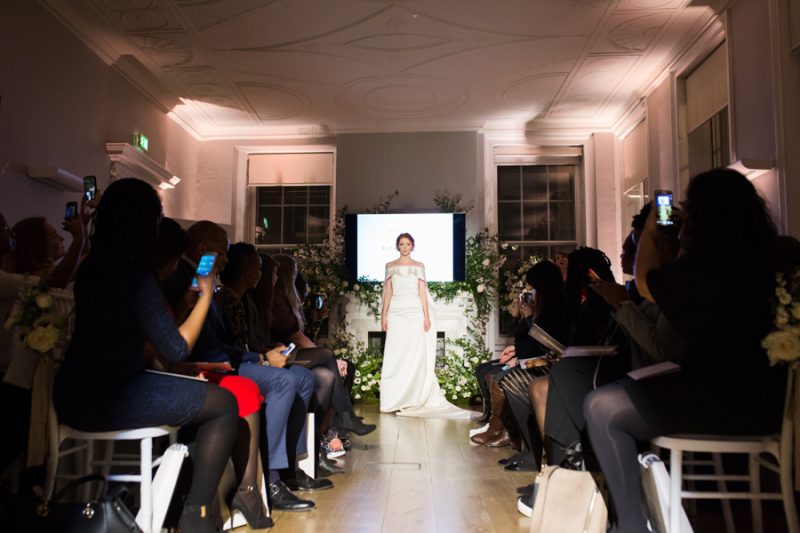 …was mental!  I did loads of weddings, attended the amazing Conde Nast Brides dinner hosted by Moet at The Savoy, welcomed a new baby nephew called Mylo, won highly commended at the UK Blog Awards, celebrated a very happy first wedding anniversary in Paris, launched some new services, had some phenomenal press, and booked a record number of weddings! 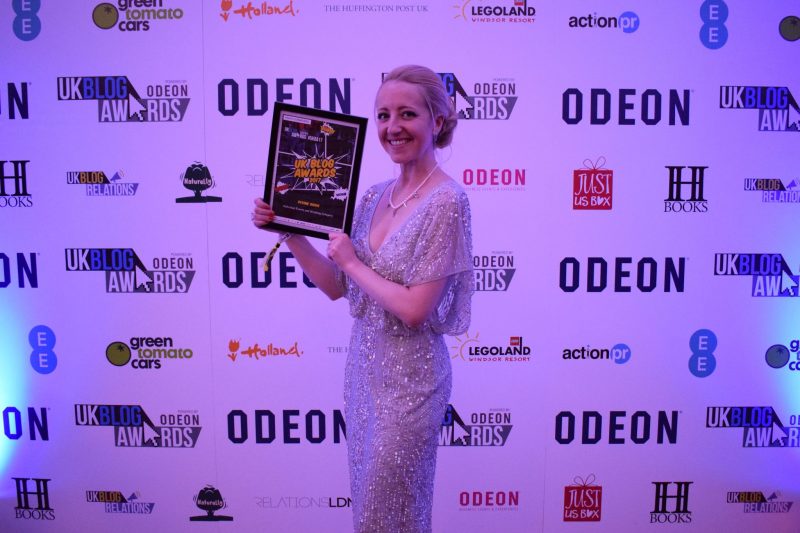 I was lucky enough to be invited to the Les Trois Soeurs bridal event at Canary Wharf and got to meet Hayley Paige!  I was also invited to The Ritz by Bridebook for a private breakfast with Jenny Packham – serious OMG I love my job moment.  In May I started writing regularly for the Scottish Wedding Directory, and also had some other awesome press in Bridal Buyer mag.  Then after another month of bumper weddings over both bank holidays, I jetted off to Madeira with my hubby for a wee week off. 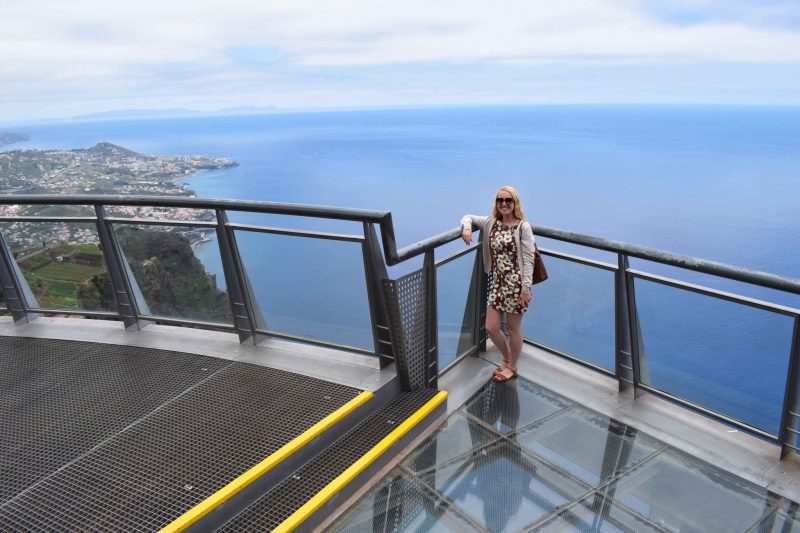 June saw more fun weddings, including an ex-fashion editor’s from Elle Magazine, and I also won ‘Wedding of the Month’ with Easy Weddings! 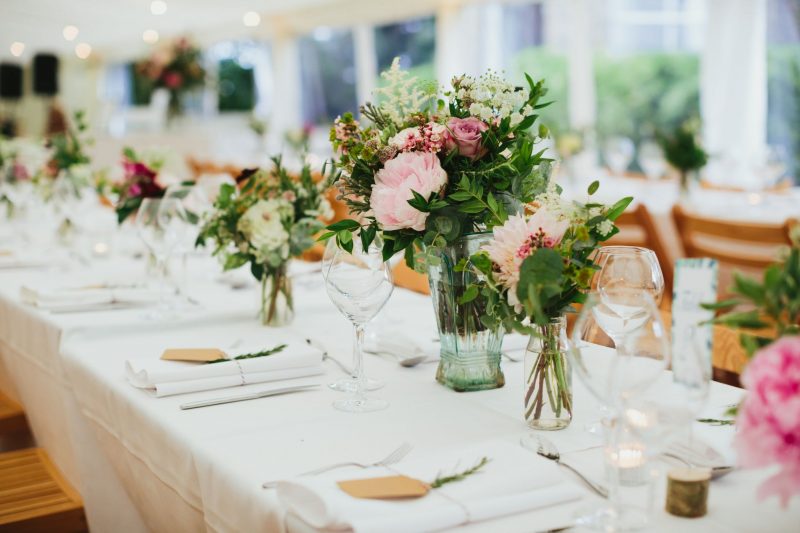 I did my first goth wedding!  And it was super fun (apparently soon to be blogged on Rock n Roll Bride…) and I also had some more amazing press hits from Perfect Wedding mag and Tie The Knot Scotland. 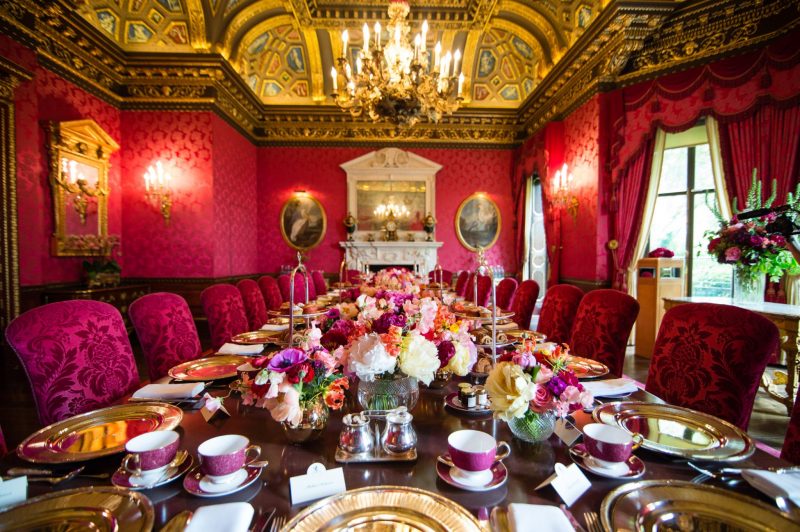 In September I was very proud to become a partner and recommended supplier with Say I Do Islington – which was a personal goal for my business because I got married at Islington Town Hall and adore the area.  I did an awesome styled shoot at the gorgeous Gaynes Park, and planned, styled, set up and hosted a naughty movie themed birthday party, which was something else entirely!  September was also the month I conquered my fear of public speaking on the Hitched Wedding Planning platform at The National Wedding Show.  Lest I forget, my husband also booked me into the Bulgari Spa in Knightsbridge for the day for my birthday, which was pure heaven! 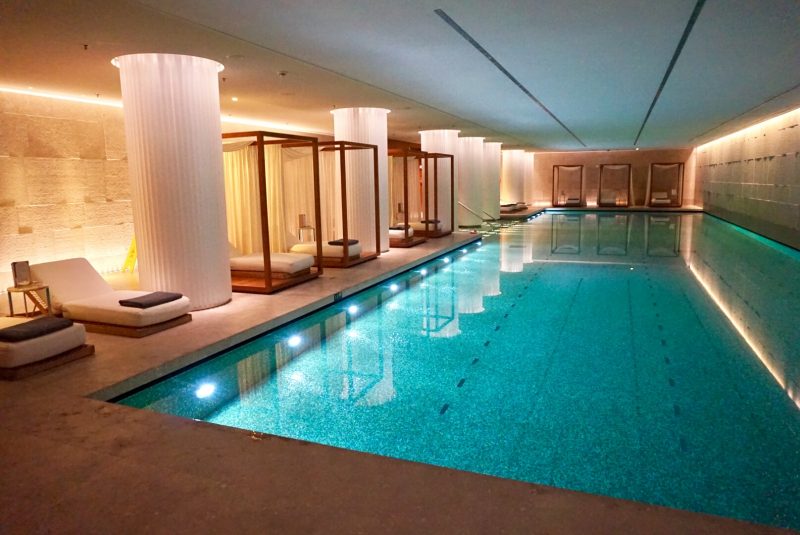 I had three weddings but somehow managed to squeeze in a two-week trip to south America.  We toured Chile, Argentina and Brazil and loved every minute!  I was also part of an awesome dinner of wedding industry insiders and experts hosted by The Flash Dance and Way Up North at the Ace Hotel in Shoreditch, and attended The Wedding Club’s catwalk preview at The Berkeley.  Both lush!

November saw the grand opening of The Wedding Gallery – which had been long awaited with anticipation in the wedding industry.  I was lucky enough to go to the press preview and fell in love with the place.  Devine Bride also found out in November that we are a finalist at The British Wedding Awards 2018!  Then on a chilly night on the last day on November, I attended the Hampton Court Palace wedding showcase and, literally, ate like a king. 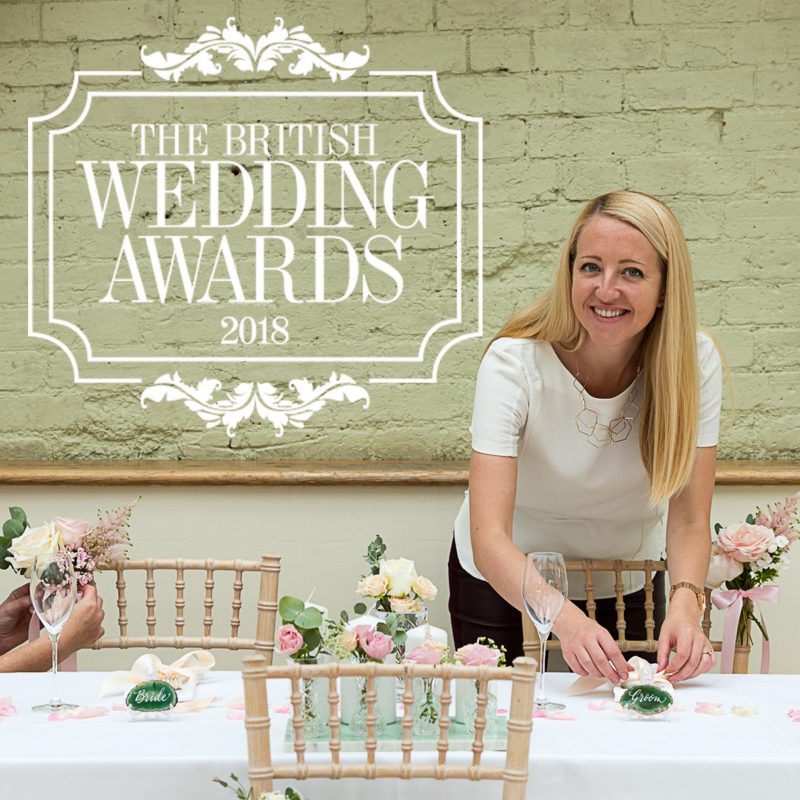 December means Christmas party season!  I worked at many and went to many!  I also helped set up the London Wedding Breakfast Club Christmas Party, an amazing wedding industry event, that I was very proud to be part of. 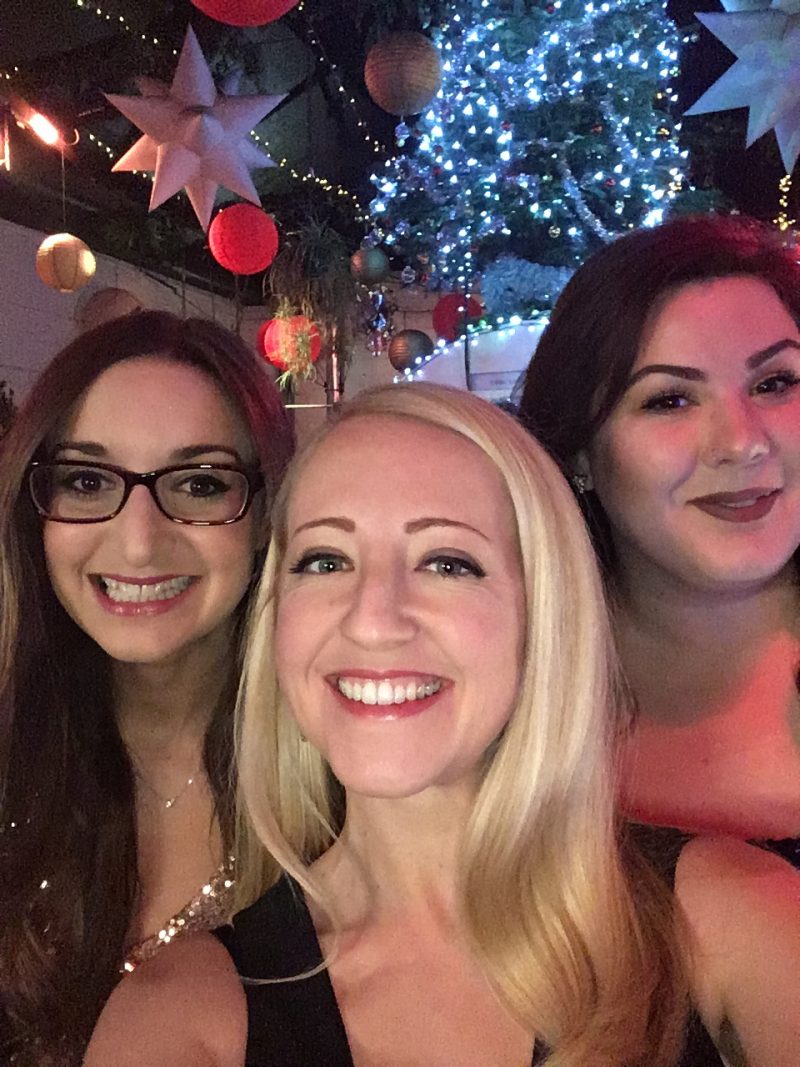 2017 has been amazing, I’ve worked harder than I ever have before but had more job satisfaction than I’ve ever had before!  I’ve loved every minute.  When I see a couple happy on their wedding day, knowing that I’ve contributed to that, in whatever way big or small, is the best feeling in the world – and I’m so grateful that so many couples entrust me with their big day.  That said, I never do any wedding with less effort than I did my own.

Thanks for everyone’s continued love and support in 2017, and here’s to an even better 2018!

“I honestly don’t think we would have enjoyed our wedding day as much if Laura wasn’t there as we were able to completely forget about all of the organisation involved and just enjoy our day with our friends and family. If you are considering hiring Laura for your wedding day, DO IT!” Sara + Paul, 2019